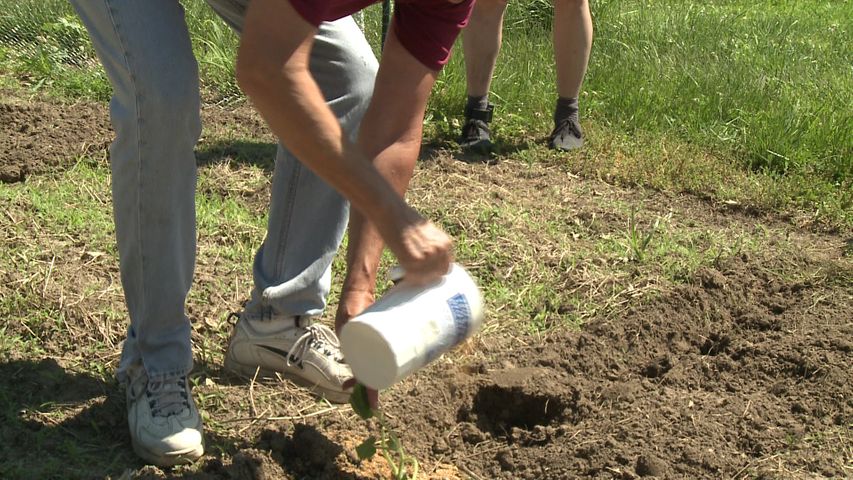 FULTON - Volunteers and Serve employees gathered Wednesday morning to plant crops and construct a fence around the company's vegetable garden.

Serve Director Lisa Brown said the vegetable garden on the company's property will hopefully harvest a couple thousand pounds of produce, but in order to meet the goal the company needs donations from people in the community.

"It's really the only way to do it. It's so labor intensive for us to man a garden versus when folks are already gardening to just bring in those extra tomatoes or zucchini or squash," Brown said.

Kevin Flynn volunteered at the garden Wednesday and said he thinks it will be nice for people who use the food bank to eat something different besides processed or packaged food.

"The more beans and tomatoes and corn we can get out of here the better off people will be. It's better for them to eat and it tastes better as well," Flynn said.