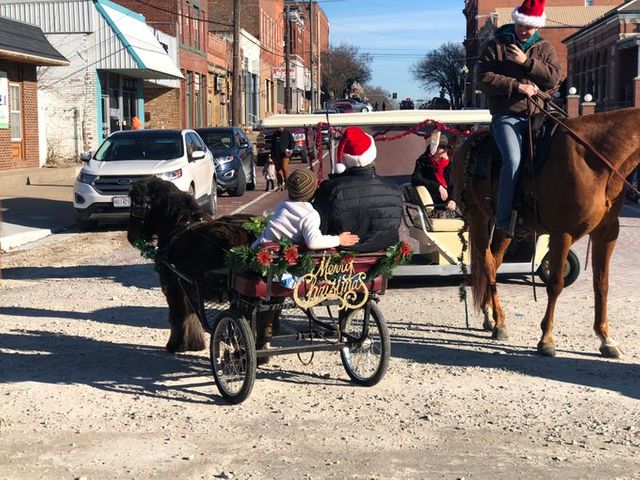 FULTON - The 71st annual Christmas parade took over the streets of Fulton on Saturday afternoon.

This year's theme was "A Season of Hope." The parade is hosted by the Fulton Jaycees.

On the event Facebook page, the Jaycees posted, "I think that in the time we live in, everyone should have a little hope (or a lot) for the future."

"I just hope they use the 'Season of Hope' and everybody takes from it that we need to have hope," parade volunteer Brenna Gough said.

Gough kept the road blocked off during the parade on Saturday, but she used to walk the route herself.

"I actually marched when I was in high school," she said. "I just love the Christmas parade."

Community members came out to watch the floats, celebrate the holiday season and enjoy each other's company.

"It's a great way for the community to come out and get in the holiday spirit," Gough said.

Tony Dye, a Fulton resident, said he takes his mother to the parade every year.

He said he always looks forward to it.

"Each year, we try to pick a different spot," Dye said.

The Fulton Jaycees also collected donations and toys for "Foster Adopt Connect of Callaway County" from those who participated in the parade.

There were also holiday parades in Jefferson City and Mexico on Saturday.