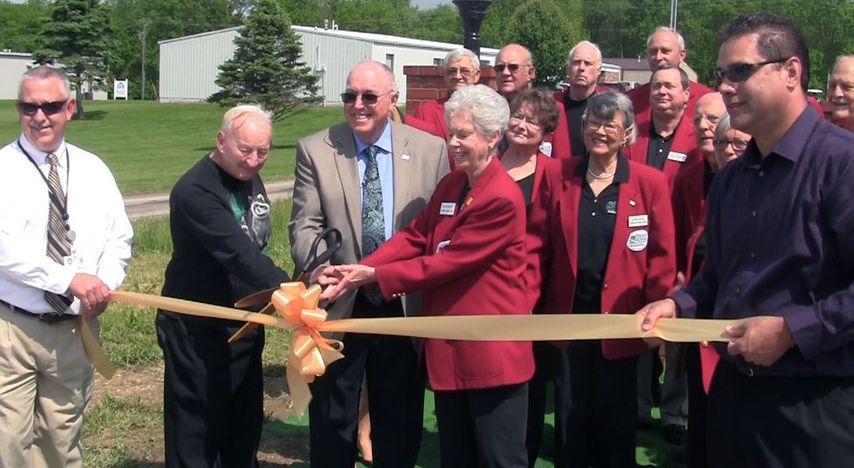 FULTON - The City of Fulton hosted an open house Friday to celebrate its new animal shelter.

Mayor LeRoy Benton and top donors participated in a ribbon cutting and sign unveiling, before inviting the public in to see the new facility.

The new shelter is four times larger than the current one and has room for approximately 40 dogs and 20 cats. It also has quarantine rooms, a laboratory, an outdoor play area and a bonding room for people to visit with the animals.

Tina Barnes, the city's animal control supervisor, said there has been a need for a new shelter for quite sometime.

"The old building was the old city swimming pool," Barnes said. "It was a temporary solution at the time. Not a lot of room, I only had 10 inside dog pins."

She said the whole project has been a community effort. Workers began transporting animals from the old shelter to the new shelter late Friday afternoon.

The city will host another open house Saturday and is offering free pet adoption, as well as freshly grilled hot dogs.

Barnes said the facility will take care of spaying and neutering at no cost.