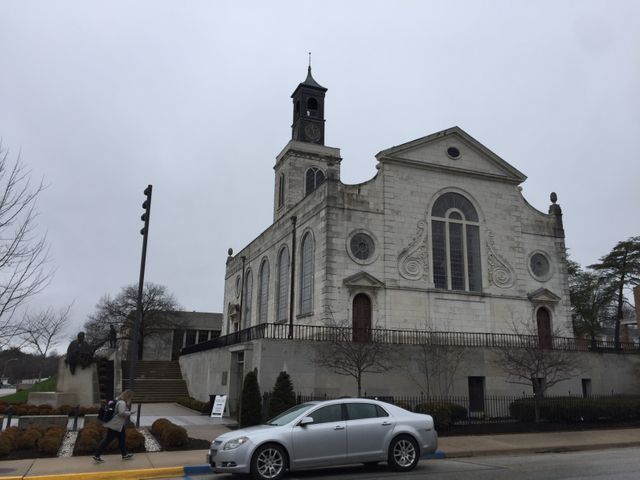 FULTON - The National Churchill Museum in Fulton is honoring Martin Luther King Jr. and his legacy on the 50th anniversary of his assassination.

At 5:45 p.m. on Wednesday the museum will open its doors and invite the public into the historic Church of St. Mary the Virgin, Aldermanbury.

“Anyone is welcome to join us. We would love to have people here to remember the life and legacy of Martin Luther King and to remember that his work is really not done,” Tim Riley, the museum curator, said.

A video clip of King’s last speech the evening before he was assassinated will be shown for the audience.

Westminster College alumnus and current Circulation Specialist at Reeves Library, Olivia Bailey, said there is reason behind choosing that speech.

“It’s a speech that, to me, is very inspiring and very prophetic," Bailey said. "He said 'I have seen the mountaintop, I may not get there with you but we as a people will get there,' and to me that is a very challenging line, that's just like, 'Yes, let's fight for this.'”

"I think that will be a nice chance for a quiet moment of reflection and to really ask ourselves what can we learn today from Dr. King's considerable legacy,” Riley said.

Similar events will take place all across the nation Wednesday. The demonstrations were prompted by the National Civil Rights Museum in Memphis, which is hosting an event of its own.

The museum in Memphis will begin the national celebration when it rings its bell 39 times at 6:01, the exact time King was shot 50 years ago.

Four minutes later, at 6:05, the other institutions across the nation will follow suit, celebrating with bells of their own.

Bailey said this is an opportunity to continue to work for what King saw.

“To me, Martin Luther King, just remembering his legacy and what he fought for is something that we can do to push ourselves to work toward his dream and work toward his vision,” Bailey said.

A live stream of the day-long ceremony in Memphis can be found on the museum’s website.