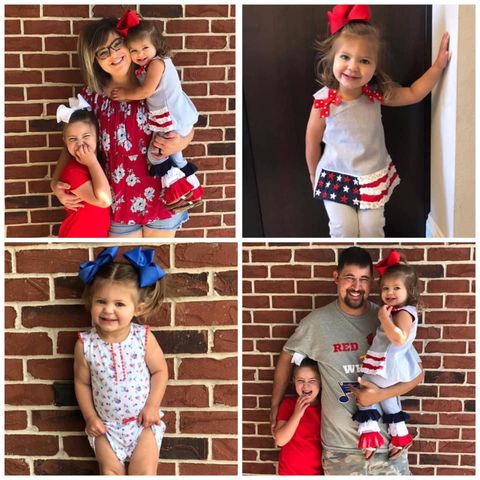 FULTON – Fulton community members and business owners are coming together to show their support for a family and their sick child.

It started when Lowen Goosey, who turns two next month, was diagnosed with e-coli that is attacking her kidneys. The family has now spent eight days in the hospital caring for their daughter, but Fulton community members wanted to show their support too.

Family Friend Janie Shelburn started an initiative called “Let’s Book Cassie,” a way for community members to help support the family’s income while they are stuck in the hospital.

Shelburn, a local business owner, said community members have resonated with Cassie and her family because she is a mother and business owner. While she has been stuck in the hospital caring for her daughter, she has not been able to earn an income.

Shelburn said the outcry of support has been quite a surprise.

“It’s overwhelming in the best way possible,” she said.

The initial post on Facebook has gotten hundreds of shares and comments, but now it has even spread to local businesses, including a local donut shop. Jamolee’s Coffee and Donuts will donate 15-percent of their proceeds on Saturday to the family.

Shelburn said the reason so many people have shown support is because of the town’s sense of community.

“Everybody knows everybody,” she said. “So when everyone needs to pull together they do.”

Cassie Goosey and her husband CJ released a family statement showing their appreciation.

“CJ and I are absolutely blown away by the community outpouring, love and support for our baby girl,” the statement said. “We have the best friends and family. We love you all.”

Shelburn said she thinks the community has also been impacted.

“It’s been inspiring to people,” she said. “I think it has given people a little nugget of belief again that there is still community.”

No word yet on how long Lowen will be in the hospital.

There will be an online vigil for the family at 8:30 p.m. on Facebook Thursday night.