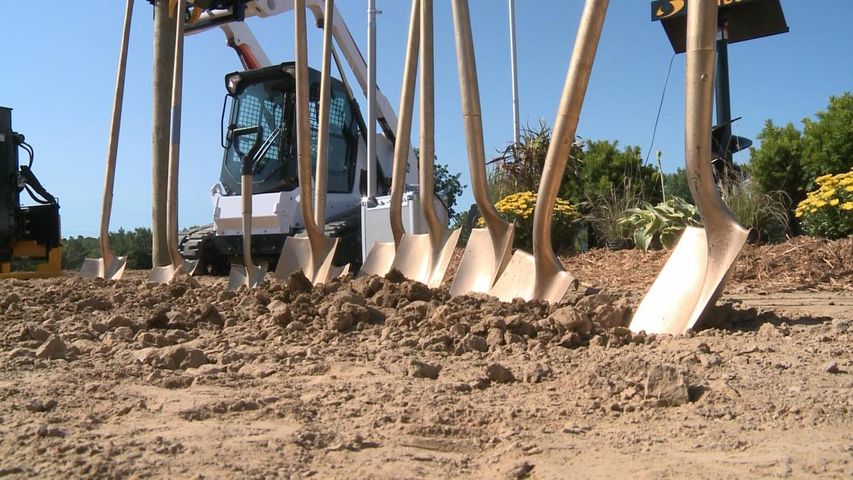 Glenn Danuser, head of sales for the company, said the company's new product, the "Hammer" is selling so well that an expansion to the manufacturing building was in order. The "Hammer" is a post-driver that can be attached to construction vehicles.

"We have new products coming in the future, so obviously space is critical," Danuser said. "We've tried and tried to fill every nook and cranny, and we just can't do it anymore, so it's time to expand."

Danuser said the new manufacturing center will add about ten more jobs to the company. The 32,000 square foot addition is scheduled to be completed in March next year.