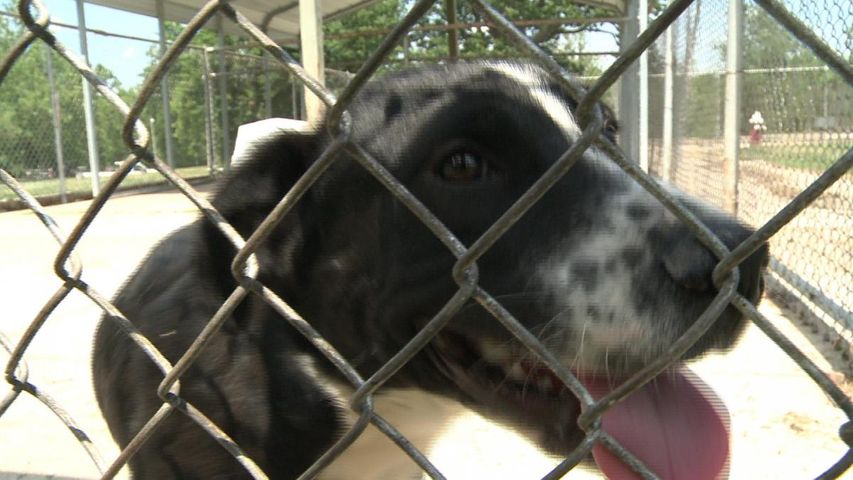 FULTON - The City of Fulton continued fundraising for a new animal shelter at the Fulton Street Fair Friday afternoon. Fulton Mayor LeRoy Benton announced this week the city is about halfway to its goal of raising $250,000 for a new shelter. The city has raised about $132,000 so far to replace Garrett Animal Shelter on East Eighth Street.

"We're selling commemorative bricks you can purchase to honor a lost pet or family member," Fulton Animal Control Supervisor Tina Barnes said. "It's time for a new shelter... and we're excited about the project." Barnes said the city is also selling t-shirts and collecting monetary donations to come up with the funds. Donors can purchase t-shirts and commemorative bricks as well as make donations at the street fair this weekend.

If you are among the top donors, a new cage or room at the shelter could potentially be named after you. Bricks will make up the sidewalk leading up to a new shelter facility on Industrial Drive

City of Fulton Public Information Officer Darin Wernig said the city wants to raise the rest of the money by 2014. It started fundraising efforts in early March. The city is also collecting donations online.