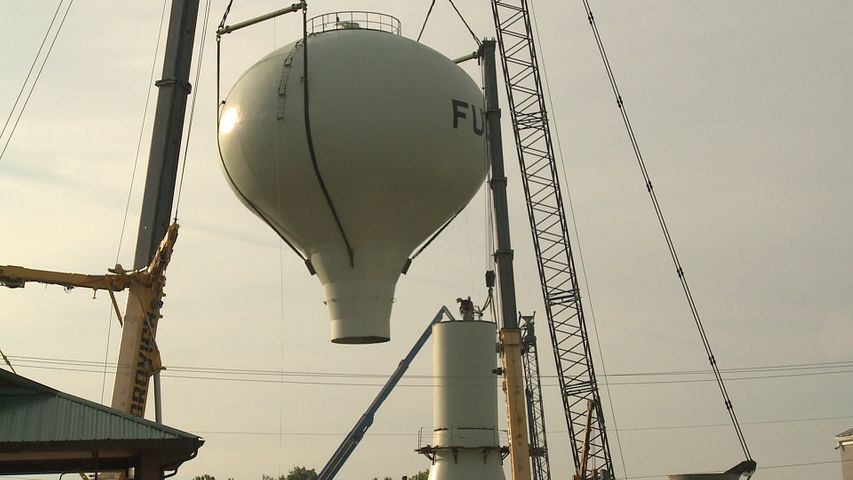 "Because those two towers are about 50 feet taller, we needed to lift this one 50 feet in order to get it to the same elevation. If we would have tried to use this one prior to making it 50 feet taller, we would have had water coming out of the top of the tower," Bill Johnson said. "In order to be serviceable, the water towers need to have their overflows at the same elevation."

Safety was a main concern for Michael Hall, an area engineer for Shafer, Kline & Warren. "One of the main concerns we have is wind. We want to make sure we keep the wind under 10 miles an hour," Hall said.

Workers plan to replace the tower's mid-section with two additional pieces. The pieces will be painted to match when welding is complete.

Many residents were eager to watch the progress. Gwen Schafer planned to stay until workers finished the construction.

"This kind of stuff interests me, and it's something exciting for Fulton. I decided to take a vacation day to watch the activity," Schafer said.

Around noon Monday, crews encountered a complication at the base of the first extension. "They took a small section of steel out so that they could get a nice flush surface to make sure that the welds were in there correctly," Hall said.

Despite a setback, Hall plans to complete the project as scheduled.