Fulton free store always in the season of giving 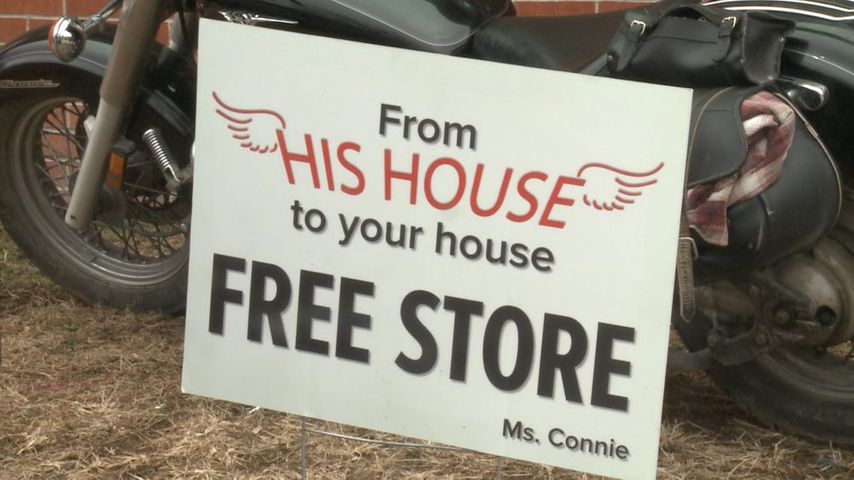 FULTON - It may be the holiday season, but Connie Cashion is always in the spirit of giving. She has been running her free store "From HIS HOUSE to Your House" since April and she couldn't be happier.

"This is a store. It is a store for your needs. It is not for the poor. It is not for any one class. It's for everybody. We all have needs. In this store, there is no rich and no poor. There is just people," Cashion said.

Everything in the store is donated by people around the Callaway County community and ranges from clothes to toys to housewares and much more. She has a wide variety of items for people to take for no price.

Volunteer Jodie Bird said, "Often times we are thanked when we take somebody's stuff, but really we are thanking them also because we were able to give them stuff."

Cashion wants everyone to feel welcomed and loved. She does that by hugging everyone.

"I try to hug everyone that comes in. Whether they're giving or receiving. Love changes. It makes a difference," she said.

Cashion is known to many people as Ms. Connie.

Volunteer Dave Anderson said, "I think it is a sign of respect because Connie and myself pretty well come from the streets. It's respect because we come up through the ranks and now we're able to give back to the people that need it."

Cashion does not hire anyone. She allows anyone to volunteer and help make a difference in someone's life.

"Yeah this is a special time of year, but it goes beyond one day a year. It is all year long as far as I am concerned. To see that happiness and that joy walk out that door with stuff that they need," Anderson said.

The customers are grateful for what Cashion has worked so hard to put together.

"I come here a lot, and it's a stress reliever because I can pick up things that I need like if I don't have money for it," said customer Charlie O'Toole.

Before settling down in her free store, she was on the road working out of storage units and delivering items to people in need. Then, she had a vision.

"Before I was 60 the lord was going to put me into a building," Cashion said.

Cashion moved into her building in April and turned 60 in July.