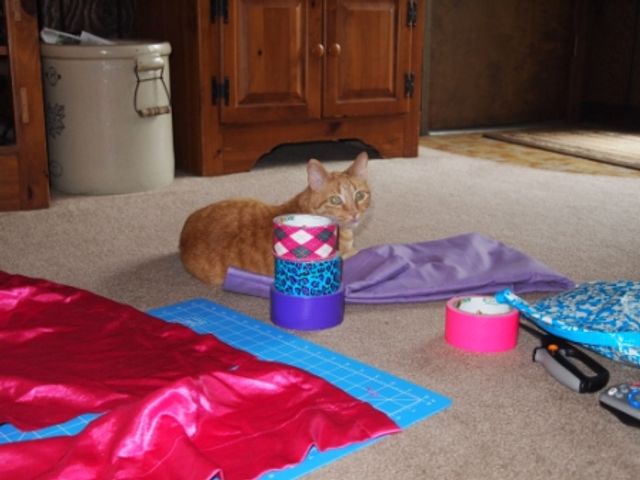 FULTON - An eleven-year-old Fulton girl has turned her small business into a money-raising operation for the new Fulton animal shelter.

Kelly Gillespie started C and C Designs with encouragement from her 4-H Club. At 4-H, she learned about entrepreneurship and the importance of donating a portion of profit to charity.

Kelly makes purses, wallets, glasses cases and suitcase tags out of fabric and duct tape. She has been selling these items at both school and after school programs. She donates 20 percent of her sales to the Fulton Animal Shelter project.

Kelly said she chose to donate a portion of her profits to the animal shelter because that is where she adopted her beloved cat "Sparkilies" in the 2nd grade.

Kelly said Sparkilies is an important part of her life, and has become a part of the Gillespie family.

Kelly said although filling all her orders can get stressful at times, she does not think she will slow down anytime soon.

Interested buyers can reach Kelly at her business e-mail, candcdesigns222@gmail.com.