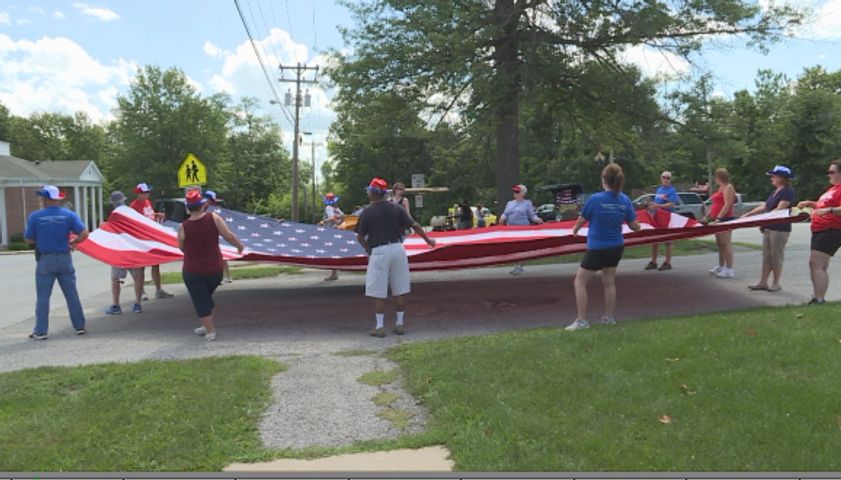 FULTON - The seventh annual Fulton Independence Parade added a special addition to the tradition this year.

"We decided to honor military officers who have served for 20 years or more," said event organizer Tom Maupin.

Fulton used to celebrate July 4th every year as a local tradition but it died off. In 2012, Maupin and some other Fulton residents decided it was time to revive the tradition. The event organizers make it a point to honor veterans in the parade every year.

This year, the organizers decided to contact local Callaway County residents who they knew had served in a military branch for more than two decades.

"I was very honored when they asked me to be one of the grand marshals and lead the parade," Glenn said.

"It's very important to honor these veterans who have sacrificed so much for our country," Maupin said.

Maupin said the parade gets bigger each year. This year, between 50 and 75 people participated in the parade.

The parade started on 12th street and ended at Memorial Park. Fulton High School's marching band performed in the parade and Fulton residents carried a giant flag down the parade route.