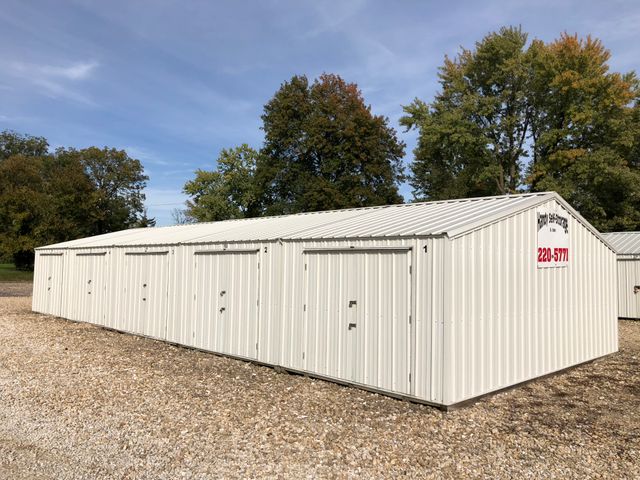 The police department said it’s gotten between 20 to 30 reports of thieves breaking in to storage units around town since August of this year.

“People go in to their storage units, and stuff is missing from them and the locks are broken,” Fulton Police Department Detective Brandi Mintle said.

She said thieves are cutting the pad locks on the doors of the storage units, and breaking the latches to get inside. She said one resident recently reported seeing several locks on the ground outside of storage units.

Mintle said the thieves are targeting storage units all around town.

KOMU 8 talked to three Fulton storage unit owners, and two said they haven’t had any issues with break-ins with their units. The owner of Handy Self Storage, Dave Kern, said he hasn’t heard of this happening with his units in years. Kettle Storage’s owner told KOMU 8 he hasn’t experienced a break-in with his units in 15 years. However, the owner of 54 Storage declined to comment on the issue.

Kern said people who rent his storage units are liable if anything is stolen from the unit. He said all tenants sign a lease, and this is clearly stated in the lease.

Sarah Sparks owns Westside Storage in Fulton. She told KOMU 8 she installed security cameras to help secure her units. She also said her units are locked inside a gate each night for extra protection.

Mintle said there are ways people can help prevent thieves from breaking in to their storage units. She said some people neglect full storage units for months at a time, which can be an issue.

“Check your storage units frequently, keep an inventory list of what you have in your unit with the approximate values of them,” she said.

She also said people who rent storage units should make sure they have current contact information for the owners of the units.

Mintle said there are no suspects yet, but the department is still investigating the issue. She said if anyone has information on any suspects or suspicious activity near storage units to call Fulton Police Department at (573) 592-3100.