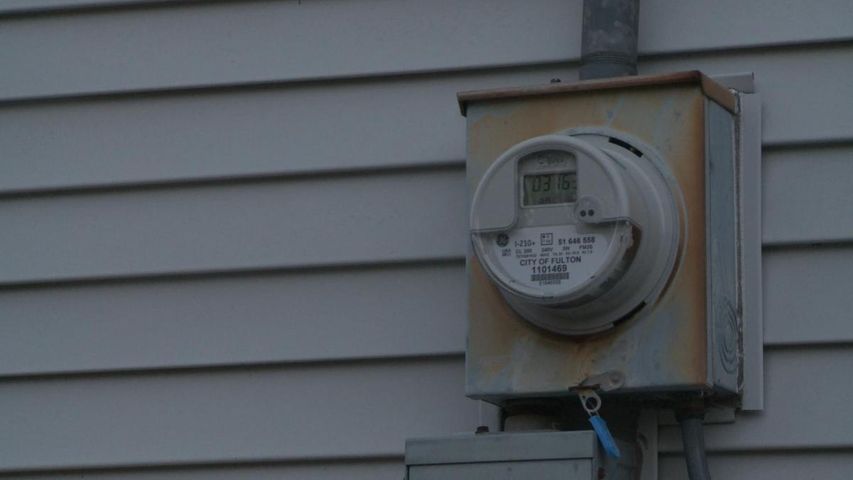 FULTON - Everyone is going digital these days, and that now includes the city of Fulton.

The city has replaced all of its electric meters with new smart meters as part of its smart grid plan.

Instead of displaying the dial that exists on most electric meters, the smart meters are digital, are able to record a person's consumption of energy more frequently, and allow them to check on their energy use more often.

The customer can access an online portal where they can sign in to their account and check their energy usage on a regular basis during their billing period.

"It gives the customer a way to look and see how they're doing," he said. "Before they get that bill they can kind of get an idea of 'how much am I using'," he said.

He said the customer will also get an email when they have used 50 percent of their energy, so they can keep a closer eye on how much they use.

Dunlap said the city applied for a grant in 2011 with the Missouri Department of Energy and were fortunate enough to receive the grant.

The Department of Energy will pay for 50 percent of the project on the electric side, but Fulton will have to budget for the water and gas section.

Recently, the city has been able to finish installing and updating all the electric meters for residents, and has also installed a few hundred smart water meters.

Dunlap said the electric smart meters had to be put in first, before the water and gas meters.

KOMU 8 asked a representative from the city of Columbia whether the city had considered this plan for residents. Water and Light spokesperson Connie Kacprowitcz said Columbia has thought about it and actually done a study in the past, but currently it wanted to allocate funds to other plans such as a new substation and building transmission lines.

"There's some other things that we need to fund within the next five years that we didn't want to add this to the plate right now," she said.

Kacprowitz and Dunlap stated seperately that a benefit of the smart grid system would not only include consumer's ability to see their energy usage, but also allows the city to tell which houses don't come back on after a power outage.

"The power plant can say 'hey I'm still showing the guy down there on the end of the street is still out' so before that lineman goes back home and has to come back out, he knows that everybody's back on before he goes back in," Dunlap said.