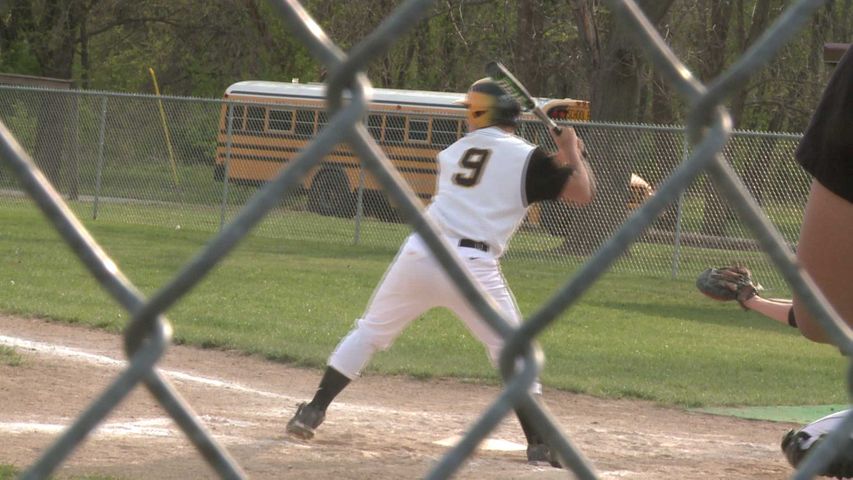 FULTON - The crack of the bat, the cheers of the crowd and the smell of the freshly cut green grass permeated through the air Thursday night.

It was a matchup between the Marshall Owls and the Fulton Hornets as the two teams met for a doubleheader of high school baseball.

Unknown to some, this is one of the last games the freshman teams for Fulton High School will ever play.

This is because the Fulton Public School Board voted 5 to 1 on Wednesday night to cut funding for freshman sports starting next year.

Baseball, volleyball, football and boys basketball are among the sports being cut.

Freshman and sophomore athletes will now try out and play for the junior varsity teams and juniors and seniors will make up the varsity teams.

The school board decided to reinstate the seventh grade sports program because there was a higher demand for it, in contrast to the freshman teams.

Not everybody is happy about the move. One parent was disappointed in the school board's decision. "I don't agree with it," Terry Haarman said. "It's unfair to the high school athletes."

Haarmann is a father of two, one of whom will be entering high school in the fall and has an interest in playing sports.

"Seventh grade athletes, I believe, have more of an opportunity to play ball: fall, spring and through other avenues than high school kids will have the opportunity to play," Haarmann said. "Other districts have freshman baseball and those kids are getting more playing time than these kids will."

Wendell Steward, a seventh grade track runner for Fulton Junior High, feels let down that the school board decided to cut out the all-freshman teams.

"I want to play freshman football and baseball but it's going to be much harder to make the teams," he said. "It's already hard enough to be in sports but now we'll all have to put in extra work."

The superintendent refused to speak on camera with KOMU and the athletic director could not be reached for comment.