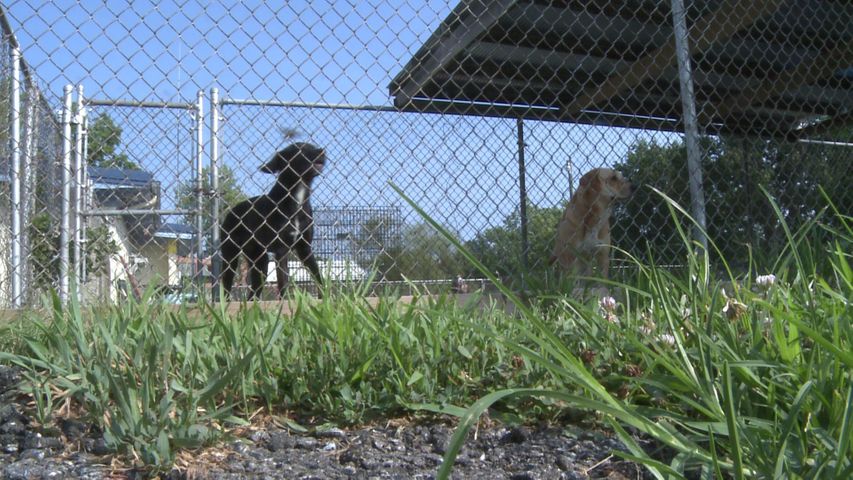 FULTON - About a dozen Fulton residents joined a public forum Thursday morning to speak out about a proposed pet registration ordinance. This was the second of three forums Fulton Mayor LeRoy Benton has used to introduce the new animal control ordinance proposal.

The new proposed changes include:

Richard Jones attended the forum and said he wouldn't want to pay any registration fee every year just for keeping his 13-year-old cat Tiger as companion. He said this new rule would add extra burdens to some elderly people.

"Many elderly people have that companion animal as their only source of relationship," Jones said. Jones also said there are some flaws when it comes to the enforcement issue.

"How is this going to apply? Is that only gonna be because somebody has a legitimate complaint against an animal, or if an animal does present some of the danger?" Jones said.

Some dog owners are against the tethering restrictions because they said the method is still an effective way to keep the dogs safe while the owners aren't at home. Mayor Benton said the city consulted with experts to come up with the proposal.

"According to the expert, that [tethering] causes psychological damage to the animal," Benton explained. "We talk primarily dogs because that's what we have more trouble with."

Another forum is planned on July 20 at 6 p.m. in City Hall. The mayor said after that meeting,  he hopes the ordinance could go to the city council at its first meeting in August.

Benton also said that, if passed, the ordinance wouldn't take effect until January of 2012.

The proposal is online at the City of Fulton webiste.