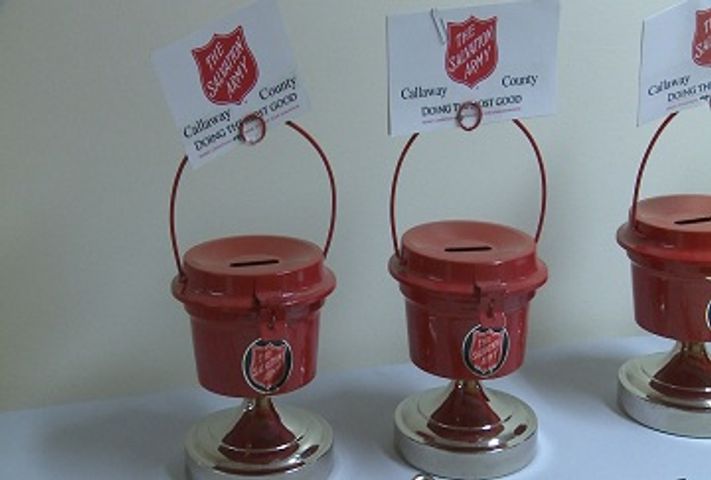 FULTON- Bells won't be ringing outside a Fulton Walmart unless 100 volunteers sign up to wear a red apron and take a shift at the Salvation Army red kettles.

The Salvation Army is headquartered in St. Louis and the Fulton location is a service extension unit. There are six members on the board of directors who make local decisions on how to spend the money that is raised. For the past three years, all of the money raised has been donated to people who need help paying for their utility bills.

Ed Varnum is the Chair of the Local Salvation Army Board in Fulton. He works to raise awareness about the cause and locate people to volunteer during the holiday season.

"We want to get volunteers from all parts of the community," Varnum said. "Our churches, we have two colleges here, and then we've been doing this for a couple years so we have some people coming back."

Last year, the bell ringing and donation buckets helped to raise $21,800 in Fulton.

Glenda Fitch works as the Recording Secretary for the Salvation Army in Fulton.

The Red Kettle Campaign raises hundreds of millions of dollars every year. Although the Fulton group does not have a set goal in mind, Fitch says she's pleased the money raised will stay nearby.

"Every family that is helped is from Callaway County," Fitch said. "The thing people need to remember is that when you're working for the Salvation Army, $0.85 of every dollar we collect will come back to this county. So when you're giving money to Callaway County, you are truly going to be helping a fellow Callawagien."

The Red Kettle Campaign will begin in Fulton on November 29th.