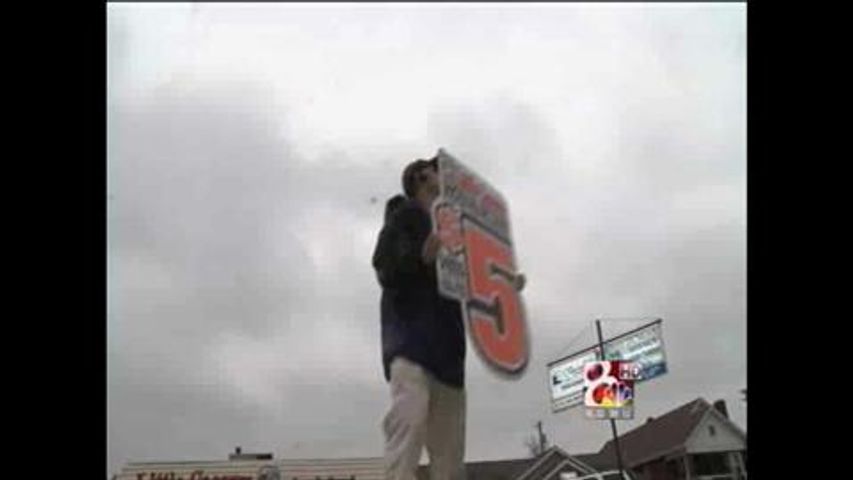 FULTON - Shawn Hoffman started working at Little Casear's Pizza four weeks ago and has been dancing ever since. He is the sign holder, but instead of just hold the sign, he dances to past the time. Hoffman said it gives him something to do and allows him to be himself.

"This job lets me be myself and have fun with it," Hoffman said.

Hoffman said he does take advice from his fellow employees.

"They are always offering suggestion, but for the most part they just let me do my thing," Hoffman said.

One of those employees who offers advice often is Ryan Shaw.

"I taught him how to throw the sign over his head and just be creative with it," Shaw said.