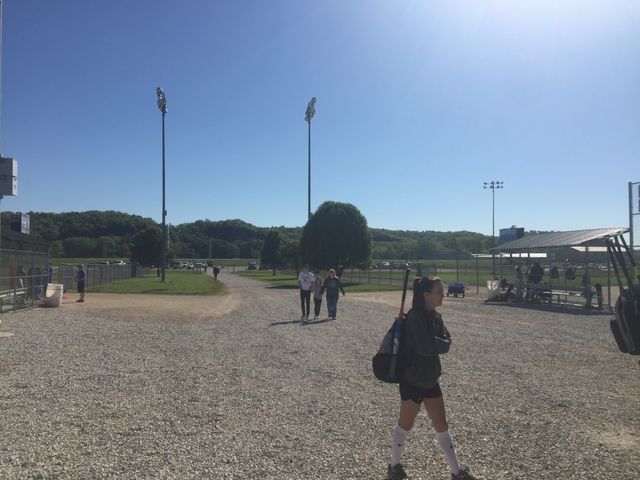 The company began fundraising for Relay for Life back in 2015, after seeing how cancer affected patients and their families. This year they decided to do something new to raise money.

"Last year we set a goal, and we hit that goal, so we wanted to do something more challenging," said Mindy McKenna. She's the team captain of her group, the Cancer Avengers.

As of Sunday morning, the tournament had raised close to $5,500. Donations have poured in through raffle prizes, food for the concessions, and monetary gifts.

"Our teams have been very cooperative and wonderful to work with," McKenna said.

Ten teams participated in the tournament, which was postponed several weeks due to weather. That did not deter anyone from coming to join in on the fun on Sunday.

"It's always good to get out and support whatever cause you can, and this is one that I think is dear to all of us," said Kevin Ochsner. His team, the Upper Deckers, plays in several fundraising tournaments throughout the year. "Cancer has touched everybody, we've all known somebody that has been affected."

McKenna said her and her team hope their work with Relay for Life continues to grow and get even bigger and better.