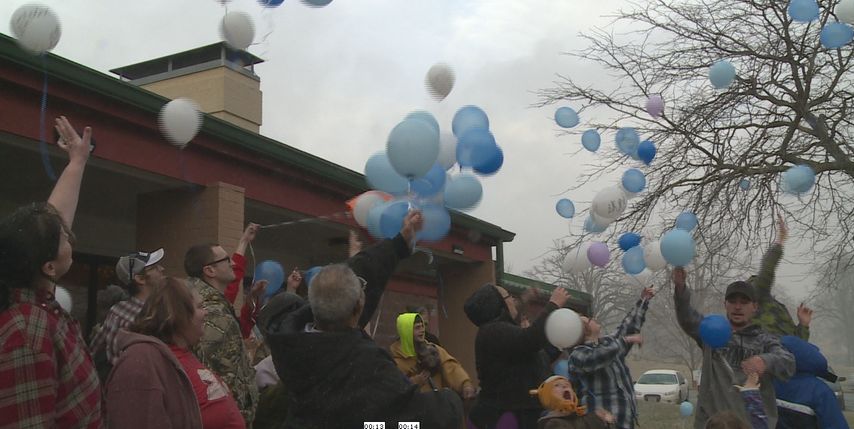 FULTON - Volunteers at Fulton Soup Kitchen hosted a balloon release ceremony in remembrance of one of their own Wednesday.

"He had a great heart for anybody," said Katherine Bader, the soup kitchen's director. "He was a great guy, he really was."

Bader volunteered with Anderson at the soup kitchen based out of John C. Harris Community Center for three years. Anderson worked at the kitchen almost five times a week. Bader said she and Anderson developed a friendship over that time.

"We had all kind of jokes," Bader said. "Whenever he was on lunch break, I'd holler at him that he had more dishes to do."

Anderson's mother and siblings were there to see the balloons released.

"I couldn't believe it, the whole day, even through today," said his brother, Joe Anderson. "It just seems like a dream, or a nightmare really."

Joe Anderson said it was really touching that the community could get together to help support the family.

"Everyone loved him, he helped out everyone," said his mother, Teresa Prince.

The Anderson family said it wants whoever committed the hit and run to come forward.

"The main thing is, we just want peace and closure," Joe Anderson said. "We just want to know how, and why, this happened."

Fulton Police and Missouri Highway Patrol are still investigating the hit and run.