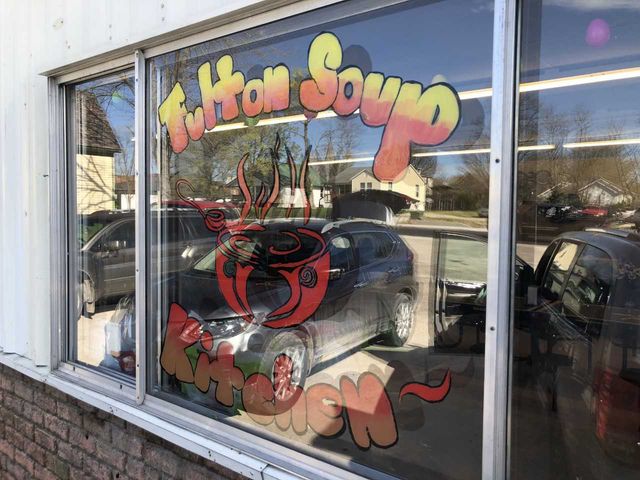 FULTON - What was once a vacant gas station is now the home of the new Fulton Soup Kitchen.

The new soup kitchen opened its doors and served its first meal at 5:30 p.m. Monday.

The Fulton Soup Kitchen left its former location in October 2018. After months of serving out of Westminster College, Katherine Bader, president of the soup kitchen, said the group learned they would be moving to the new building on West 4th Street.

Casey’s General Store sold the soup kitchen an empty gas station for one dollar in December 2018.

“Our treasurer wrote a letter to Casey’s, and they called me two weeks later and said the building was ours for a dollar,” Bader said.

Bader said the board immediately began planning to remodel the vacant gas station and turn it into the soup kitchen’s own space. She said they were told countless times their task was impossible, but she is proud to be where they are today.

“I think this building can show hope to the community, that the impossible is possible,” she said. “I hope [this building] can evolve into a legacy for the people in Fulton who don’t have everything, for those who struggle. This is a place of hope for them.”

Chicken and rice were on the menu for today’s first dinner. Bader said she had been at the new location since 9 a.m. preparing the facility and the meal for the grand opening with her team of volunteers.

Shane McKinnon, treasurer of the soup kitchen, said the new location has been a community effort.

“A lot of people have come together to provide flooring and trim and things of that nature,” McKinnon said. “Everyone’s been donating things. It’s gone well.”

Items the kitchen doesn’t receive in donations are bought with funds raised through various events, like bake sales. Breanna Lewis is on the fundraising board for the soup kitchen.

Lewis became interested in getting involved with the kitchen because of the group's tight-knit culture. She said it started as a way for her to get out of the house, but then she became attached to the volunteers working there.

Bader said serving the children of Fulton is the most rewarding part of running the kitchen. She said she actively volunteers with the DipG Foundation, a non-profit that works to find a cure for childhood cancer. Bader chose to hang photos of children who have lost their battle to cancer in the kitchen’s sitting area. She said they are her inspiration.

The new location is at 214 West 4th Street in Fulton and is open Monday through Friday for lunch and dinner. For more information on how to volunteer or make a donation, contact the Fulton Soup Kitchen at (573) 310-6013 or join their Facebook group, “Fulton Mo Soup Kitchen.”