Fulton Teen Gives Back For Birthday 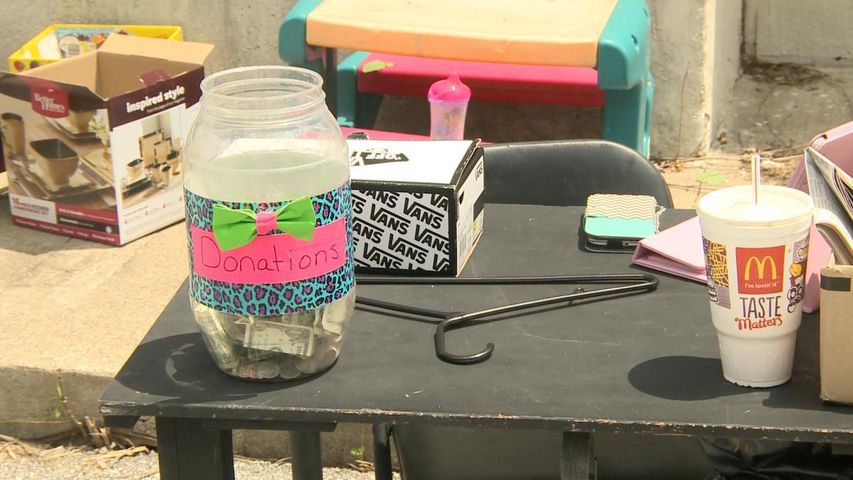 Kyleigh Landis, who turns 17 next week, held a yard sale that will help two different causes.

Landis said some of the money from the yard sale will go to Compassion International, an organization that focuses on impoverished children.

The other half will go toward a Columbia couple's efforts to adopt a child from Ethiopia.

Landis said donating to the couple was a thought that came after the idea of a yard sale was set.

"When I was planning all this, I found out that they found a kid they wanted to adopt," she said. "So I told my mom that I wanted to help them do that."

Landis said the couple was surprised and grateful for her efforts.

"When she realized that I was going to tell her my plans, she was almost crying," she said.

The goal of the yard sale was to make $500 selling clothes, toys and baked goods.

Stephanie Davis, Kyleigh's aunt, said the people who came to the yard sale had giving attitudes.

"Very giving. Everyone seemed really willing to overpay us," Davis said. "They seemed to want to help out Kyleigh's cause."

The unsold items will be donated to a local charity.