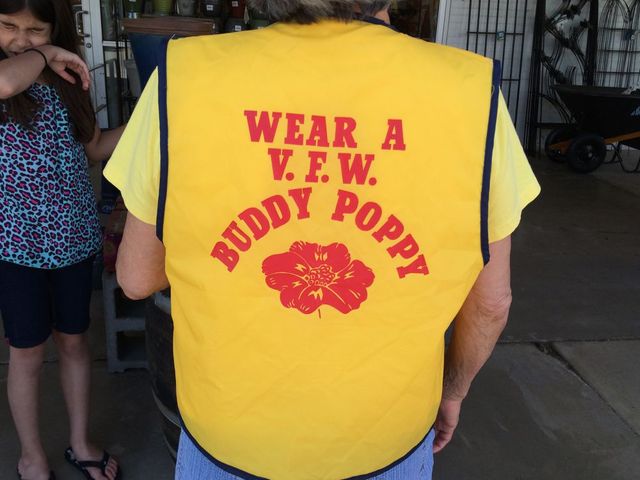 VFW members and volunteers stood outside of Moser's, Walmart Super Center and Westlake Ace Hardware to hand out poppies.

“All the money goes towards veterans in need, and it’s legitimate veterans in need not just ones who come in looking for money, but people who really need help,” Bill said.

Bill said the sales from the poppies do very well each year and they usually spend all of the money they raise on veterans who need it.

Poppies originated after World War I, when they became the sign of remembrance for men and women who served, fought and died in foreign wars.

“They call it the Poppy Fields of Flanders which came out of World War I and that’s what became the symbol of poppy ever since then. Every time we use them they are supposed to signify veterans,” Bill said.

Dennis Byler is a VFW lifetime member who said the poppy sales were going great on Saturday morning and he was excited about the barbecue the VFW was having later.

Byler also served in the United States Marine Core for two years, and earned three Purple Hearts for being wounded in action during war.

“I’m just glad everybody is helping the veterans you know, everybody is willing to help them out,” Byler said.

The VFW post 2657 also sold barbecue, cooked by the Men's Auxiliary as another way to raise money.