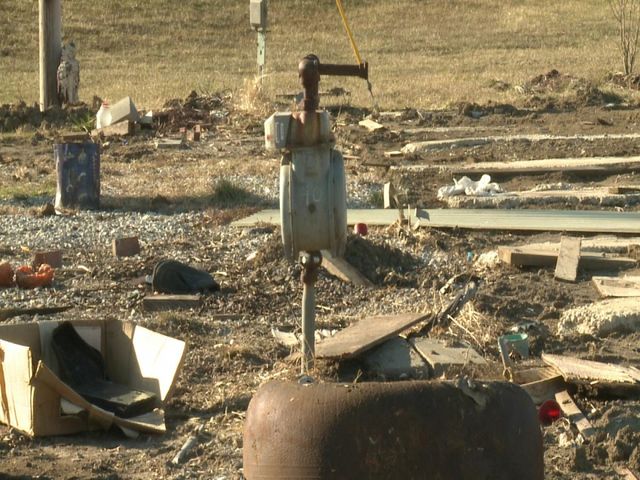 COLUMBIA - Several local residents and groups teamed up with the Voluntary Action Center to provide monetary aid to residents of two mobile home parks that will be closed for good this upcoming spring.

In the middle of 2011, two mobile home parks faced closing. It soon became a reality at the end of the year for El Ray and the Regency Mobile Home Park.

El Ray is set to close its doors at the beginning of March. It closed because of violations concerning its lagoon.

The Regency Mobile Home Park closes at the end of May. It is allowing residents to stay longer than the original date if they have children in school. Regency is closing because the park was sold to a student-housing developer.

Nick Foster, executive director for Voluntary Action Center, said "People will need additional help when moving, and this fund can help them do that."

Some resident's of El Ray's have not received assistance. Residents spoken to Tuesday, who still live at the park, said they have not gotten any financial help but said they've "pretty much gotten it taken care of". Ron Netemeyer of Whirlwind Properties which owns El Ray says's he's personally "spent thousands (of dollars)helping people move" and that he's even given some of them "a free month's lot rent".

However, a deal was brokered for Aspen Heights development to provide money for Regency residents. Singlewide trailer owners get $1,800. Doublewides get $3,000. Residents who sign papers saying they support the rezoning get an additional $500.

Jim Morrison, a Regency resident, has yet to move but has heard as soon as people move, their check has been FedEx'ed to them.

"I have some leads, but I want to make sure that it's the right move for me when I leave here," Morrison said. "The money that Aspen is providing will not be not to move my trailer."

Morrision had not heard about the new fund, but said, "I will definitely be learning more about it to see if I can get some help from them."

Contributions from the public are welcomed. Donations can be sent to Voluntary Action Center 403A Vandiver Drive, Columbia, MO 65202 or made on its' website www.vacmo.org.