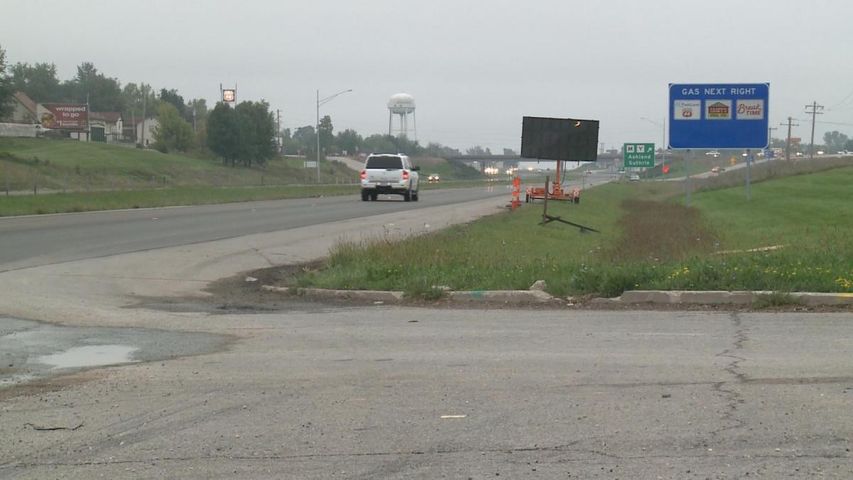 ASHLAND - Some residents of Lakeview Estates in Ashland said they feel unsafe with the turn to get into their neighborhoods.

Missouri Department of Transportation (MoDOT) recently took away cut-throughs along Highway 63 and added J-turns instead. Statistics show fewer accidents have resulted, but Lakeview residents said they feel anything but safe.

Ashland Mayor Gene Rhorer said the J-turns were put in about three months ago and the city is very happy with them.

Without the cut through, however, going north on the highway is the only option and with the Ashland exit so close, this causes a lot of cars weaving in and out of the right lane.

One Lakeview Estates resident, Mathew Frank, said he's now worried about his wife when she takes their children to daycare during morning traffic.

"We liked our chances better essentially playing Frogger getting across the highway then we do to merge north onto Northbound Lane into 70 mile traffic," Frank said.

Some people worry the need to go about a mile down the highway to the J-turn could also add time for emergency vehicles to reach the houses on the North side.

Resident and advocate Cecil Payne said he was told going to the J-turn could add up to 15 minutes to the emergency response time depending on traffic.

Payne said, to make things worse, there is an incorrect sign that shows upcoming restaurants but leads people into the estates instead. This causes some drivers to make sharp turns back onto the highway when they realize they are pulling into neighborhoods, he said.

Lakeview residents have signed a petition to add an access road. They said that would help eliminate the problems involving emergency vehicles and incorrect signage, and would also prevent school buses from illegally backing out of the neighborhood.

MoDOT said since the road in question is not state owned, it is not responsible for any changes.

Payne said he will not stop fighting until a safer alternative is implemented.

"[The city] is pushing forward to try to find the funding. I've presented the same request to our state representative Caleb Jones and his assistant. They met with us very promptly and I understand they are working on this," Payne said. "They are going to be checking with the federal highway department, because this is a federal highway, to see about funding. They're going to see if there is any grant money available and they're also working with the city."

Payne said he knows a family that plans to move out because of the unsafe access to their neighborhood.

Multiple residents said it is only a matter of time before someone is seriously injured or killed.

A construction sign lines a road just off Highway 63 as MoDOT crews begin to close off cutaway access to traffic on Wednesday, Sept. 17, 2014, in Ashland, Missouri. MoDOT recently closed off all the cutaways in this area.

A truck drives by on Highway 63 while traffic barriers line the outside of what once served as a traffic cutaway on Wednesday, Sept. 17, 2014, in Ashland, Missouri. MoDOT recently closed off all the cutaways in this area.

Local resident Cecil Payne describes his issues with Liberty Lane and motions toward the road he hopes gets paved in the near future on Wednesday, Sept. 17, 2014, in Ashland, Missouri. Others in the area have put together a petition of 100 signatures to get this road paved.