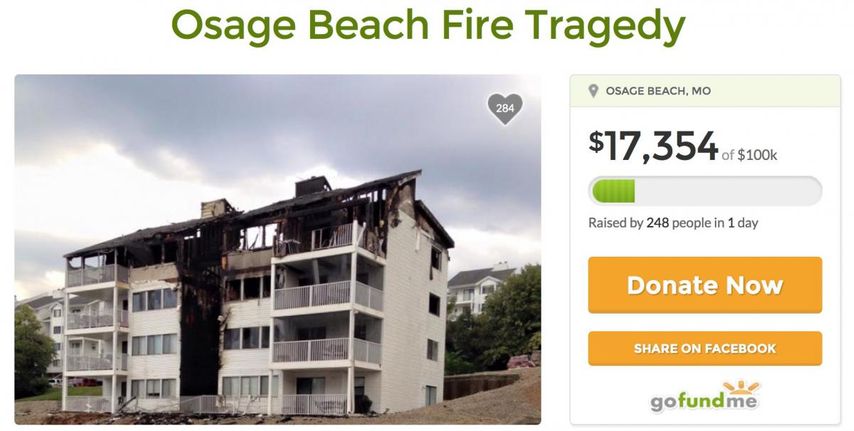 OSAGE BEACH - A friend of the families that lost four children in a condominium fire has started a Go Fund Me fundraising page.

"They're like my family. They've worked for me for 20 years," Borders said.

He said he used to see the children come into the restaurant all the time, and the parents, who are taking leaves of absence, are devastated.

"How can you recover from something like that?" Borders said.

He said the community has been very supportive. He said people have been calling him asking what they can do to help and have been offering clothes, furniture and even their homes as a place for the families to stay.

"They're good, hardworking people. They don't have a lot of money," Borders said.

Borders said the money will go, in part, to cover funeral expenses. The children will be laid to rest Monday.

"There's no way to replace what they've lost," Borders said.

Officials name victims in deadly condo fire; no cause found