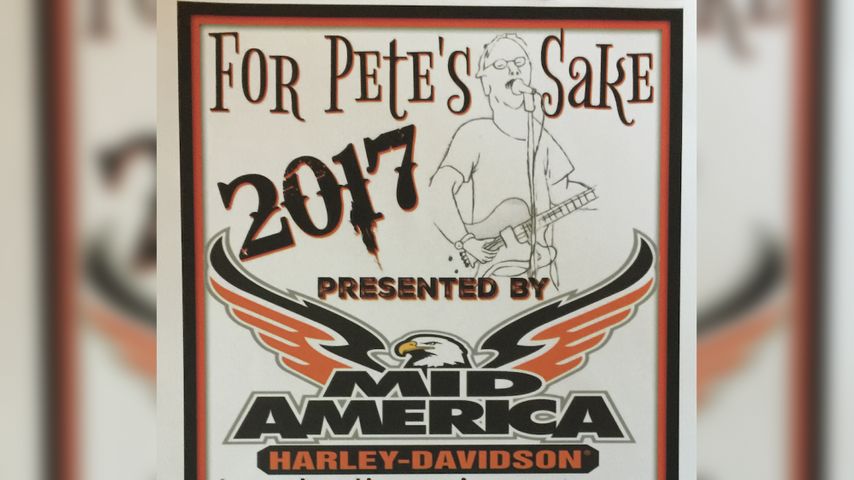 COLUMBIA — The For Pete's Sake Fundraiser Saturday will honor a local musician while raising money for the Columbia Public Schools Music Program.

Travis Peterson organized the event in memory of his father, who passed away from cancer in 2015, with the goal of helping to support his love of music.

“I get to honor the life of somebody that taught me so much about music instilled a huge love of music in me, which I passed on to my two daughters who go to Columbia public schools,” Peterson said. “So that’s part of the reason we got involved. And to him, he’s smiling. He loved music so much and he would love to see these kids learning how to play and recording and stuff like that, it would be real special to him.”

Proceeds from the event with go toward providing instruments for young musicians and supporting Darkroom Records, which offers free recording studios for CPS students of all ages as well as internships in music and production management.

The studios looking to expand, but are currently based out of two CPS high schools where students can learn about the music business and produce their own albums.

Mackenzie Thomas, a Hickman High School graduating senior, has been a part of Darkroom Records from the start.

“We really appreciate their money coming to Darkroom Records,” Thomas said. “It’s very important to me and I know the rest of the students who come down here and work and have like learned the experience form behind the computer mixing and mastering all of their songs, so its important to us, just whose put so much time into this, its really important and special. This is a super cool program that CPS offers.”

The fundraiser includes a bounce house, a food truck and live music by the two local bands Isolated Unity and I-70 Overdrive.

There will also be a beer garden, 50/50 drawing and raffles that include youth instruments, event tickets, and autographed pictures.

Peterson said he hopes to make the fundraiser a yearly event.

The family friendly event will take place at Mid America Harley-Davidson from 11 a.m. until 4 p.m.