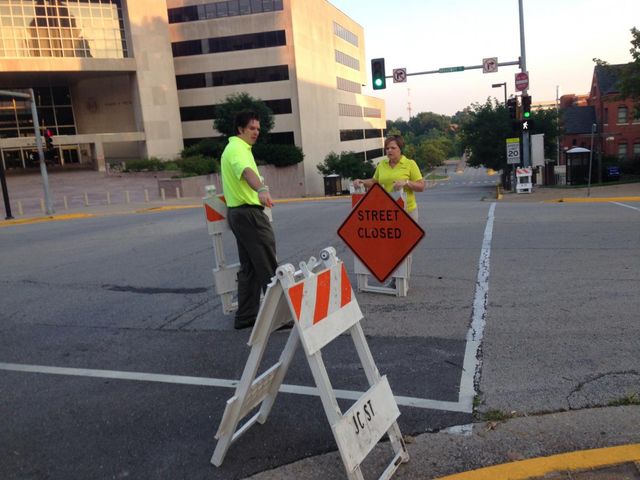 Thursday was the fourth day of a six-day 1,800 mile scavenger hunt starting in Virgina and following U.S. Highway 50 through to Colorado.

The cars lined up Thursday morning on West High Street and Broadway Street before the scavenger hunt started.  Secret check points were selected around the area that the teams of cars had to find and drive to in order to finish the scavenger hunt.

The fundraiser contributes all donations to the Accelerated Cure Project and has received more than $66,000 so far this year.

Rally North America has raised more than $250,000 for its charities since its creation in 2009.