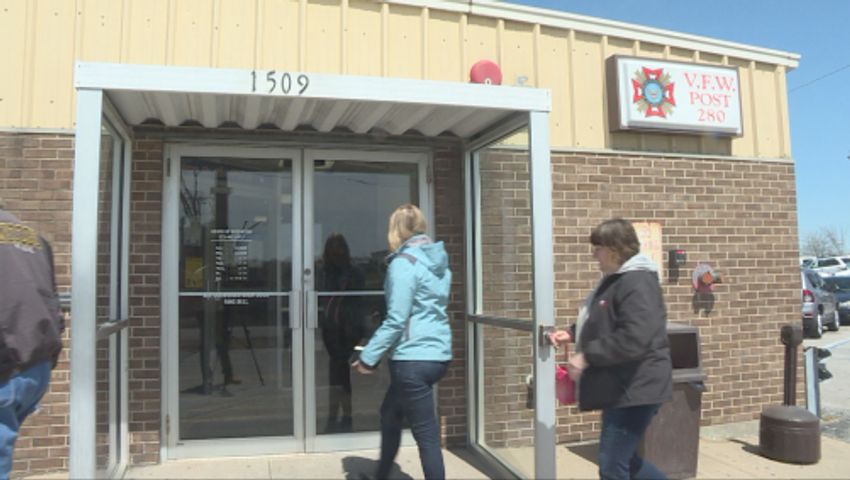 COLUMBIA - The Veterans of Foreign War held a wine-tasting fundraiser event on Sunday afternoon. Proceeds raised will be used to replenish the V.F.W's relief fund, which is used to support veterans struggling to transition to post- war life.

"We take money from that fund to get them further down the road," said Don Briggs, an organizer of the fundraiser.

Briggs, who is also a coordinator at the V.F.W., said veterans tend to be overlooked upon their return from war.

"It's alot better now than it was in the past," he said. "In the past they didn't have a place to put them up or a give them a place to live, and really basically that's what they need, they need a hand to get them up."
Briggs said the money raised will help veterans access basic necessities. The V.F.W, which was established over 100 years ago, will use proceeds to feed, treat, house and transport veterans in need.
Organizers said offering this support is crucial to reducing the number of homeless veterans in Columbia, especially since Harry S. Truman VA hospital is in Boone.
"They come here for treatment, get their treatment, and then don't have money to get back to where they live or anything like that," Briggs said. "What they end up doing is panhandling and living on the street.

One organizer said hosting a wine tasting will allow for two sources of income.

"They sell it to us whole sale and we sale it for what price we like to," said organizer Janey Hurt. "That's how we make a little money on that end, and of course we make it on the entry fee."

Veterans in need of assistance or interested in joining the V.F.W can attend the organizations next membership event on April. 14.