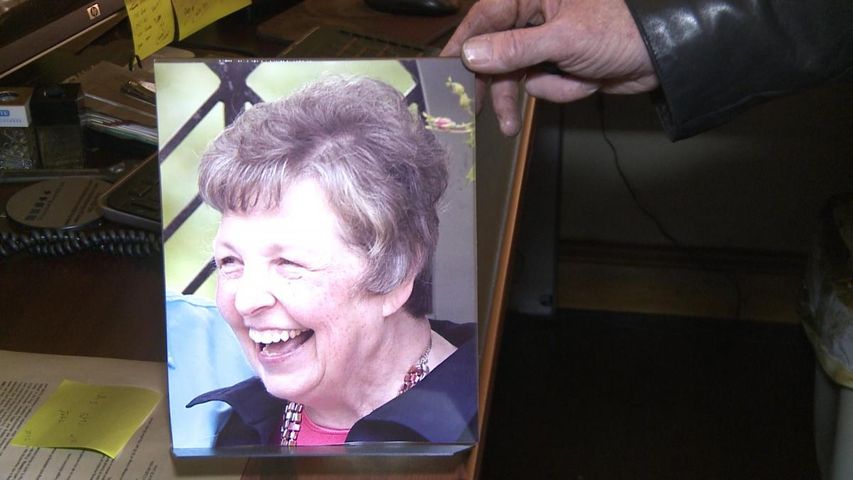 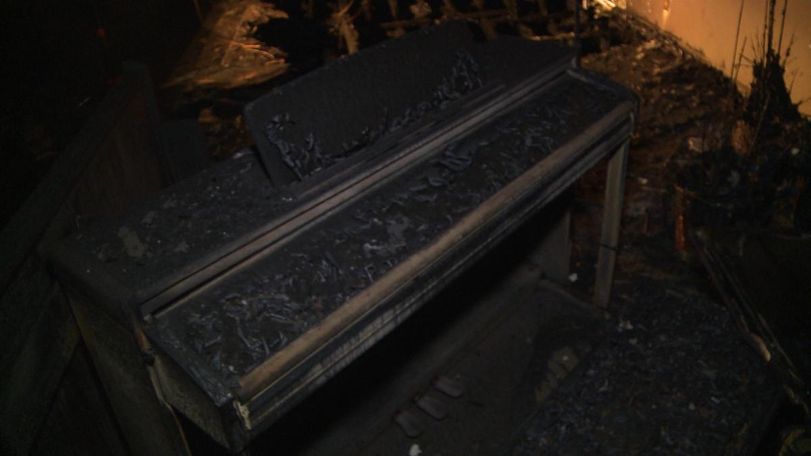 COLUMBIA - Funeral director John Bach surveyed the damage of his charred funeral home Tuesday afternoon, remembering his wife who began it with him just five years before.

The Missouri couple founded the Bach-Yager Funeral Chapel with business partner Vernon Yager in February 2009. On Sunday morning just before 5 a.m., Yager called Bach telling him their chapel was on fire.

It took crews about an hour to extinguish the fire on North Garth Avenue Sunday.

As he stood near the rubble Tuesday, he looked back on meeting his late wife, Raycene Frazier. She was born and raised in Boone County, and they met at church in Columbia. The couple married in 1970. Frazier took a job with the funeral industry first. Her husband followed shortly after. After working for a competitor, the couple opened the Bach-Yager Funeral Chapel.

Bach said Raycene battled cancer for two years before she passed away in May. He said the chapel was important to her.

"Seeing this happen was a big part of her goal, her dreams, seeing us have our own place," Bach said.

Not much is left after the fire. Insurance assessors and restoration crews surveyed the damage Tuesday and determined nearly all the items inside will need to be replaced.

Randy Wild is the owner of Paragon Restoration, the company helping Bach and Yager cleanup the damage. Wild said he's seen his fair share of fires throughout his career, and this time the damage is severe.

"The main beams that are in the chapel are structural, are also decorative, and they got burned really bad so those will need to come out, which means the whole roof will have to come off."

Wild said he noticed the owner's emotional attachment to the space.

"Everything that's in there is his blood, sweat and tears that he put into the funeral home," he said.

Wild said he hopes he can help Bach and Yager through the restoration process and help them see what it will look like when the cleanup is complete.

Bach said he wanted to personally thank the fire and emergency crews who have helped over the last few days, "for the hard work that they did."

Bach said he expects a full cleanup to take several months. He said in the mean time, Bach-Yager will continue to operate. He said the business team will use other venues and find a temporary office.

Bach said the fire is just "puts a dent" in operations and that services will continue while restoration is underway.

Fire investigators had not released the cause of the fire as on Tuesday.