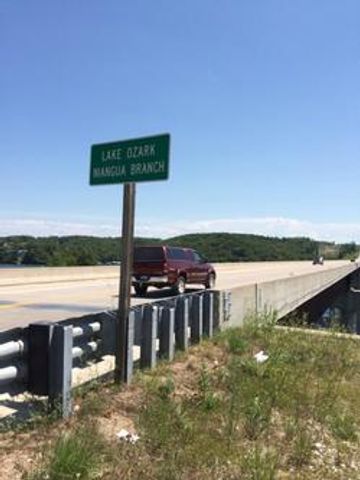 BENSON - Funeral services are scheduled for Tuesday for the three Illinois family members killed along Highway 5 in Camden County July 23. The services will be held in the family's home town, Benson, Illinois.

St. Paul Lutheran Church Pastor Nathan Feig said he expects at least 800 people to attend the service for the three members of the Schroeder family killed in the fatal wreck on the Niangua Bridge.

Terry L. Schroeder, 50, Cindy Schroeder, 46, and Dylan Schroeder, 14, died after their truck collided with a dump truck along the bridge just before 8 a.m.

Fire crews said it took nearly an hour to remove him from the F-250 truck following the accident. Doctors at University Hospital have upgraded his condition to fair, and Feig said Donnie Schroeder is recovering from surgery and starting rehabilitation. Fieg said doctors are confident Donnie Schroeder will make a successful recovery from his injuries.

"He's very, very fortunate in all the ugliness that is in that accident," Fieg said. A memorial education fund has been created for Donnie Schroeder. Fieg said the family has asked donations be made to the fund in lieu of flowers or other gifts. Donations can be made to:

Pastor Nathan Fieg said friends and family members are expected to travel from the surrounding areas for the services at Benson Park. "Both Terry and Cindy were involved in community quite a bit," he said. Fieg said he expects former team members and classmates of the twins to also travel into the town of just 400 for the funeral.

"It's really neat to witness all different sides of faith coming together to support the family."

Fieg said Mark and Debbie Sullivan will become Donnie Schroeder legal guardians. Debbie Sullivan was Cindy Schroeder's sister. He said the couple has been traveling back and forth from Columbia to Benson consistently since the accident.

Fieg wanted to also extend his condolences to the family of 56 year-old Randal D. Estes of Warsaw who also died in the accident. A crash report by the Missouri State Highway Patrol said Estes' truck tire popped causing him to lose control of the vehicle and hit the pickup carrying the Schroeders. He died at the scene.