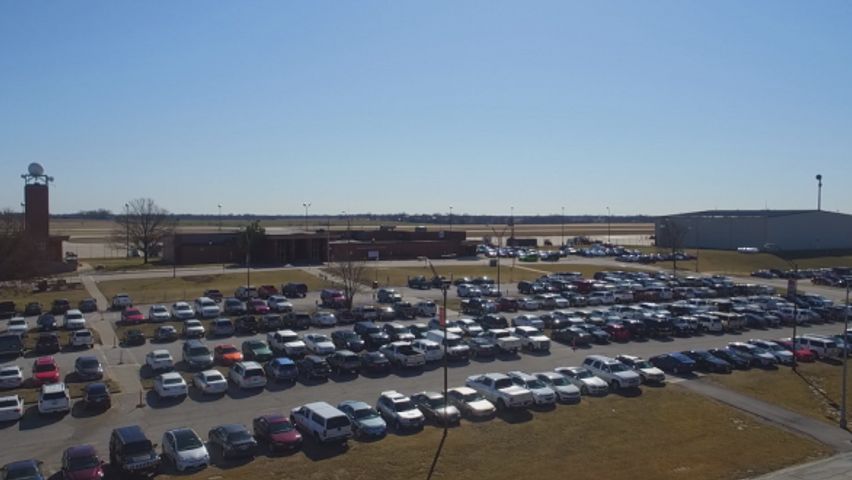 COLUMBIA - Less than 24 hours after a Target 8 Investigation concerning the location of a new airport terminal, the Airport Advisory Board and Columbia City Council met Thursday to discuss revenue and infrastructure.

The discussion of a new terminal has been a conversation since 2015, with one of the major questions being what group has the power in this process.

"The council is the public policy arm of the city of Columbia. They are the ones who get to make the final decision on everything that the city staff does including the airport,” Steve Sapp, Columbia Community Relations Director said.

However, city leaders said the Federal Aviation Administration has the final say.

Columbia City Council originally paid an engineering company to help choose a location for a new terminal. They came back and recommended a site on the northwest side. This option would cost $38 million but would not disrupt parking, would have the least environmental impact and offer the most flexibility for future needs, according to the report.

After meetings with the FAA, city leaders disregarded the original site and decided on a new site that met their conditions. It would be located on the south side of the airport and would save on cost and infrastructure. However, it would also require a hangar to be dismantled, eliminate hundreds of free parking spots during construction, relocate tenants and a surrounding federal support building.

“After a number of meetings with the FAA, with our MoDOT partners and other stakeholders in this, we looked at the area just south of the current terminal and it met a number of things that the FAA liked,” Sapp said.

With more people using the Columbia Regional Airport, parking is already 85% full on average, according to David Nichols, Director of Public Works for Columbia.

"We're maxed out, I think we're all maxed out," Nichols said.

City leaders said bussing might have to be an option in the future, however advisory board members were not so sure.

Although there are disagreements, the board is moving forward with the FAA in a process called due diligence. That process is expected to last 6 to 8 months, potentially longer depending on consultants and the FAA. It will go over funding and legal requirements.

The board will meet next month to go over the timeline of this project.