Future uncertain for family facing its second battle with cancer 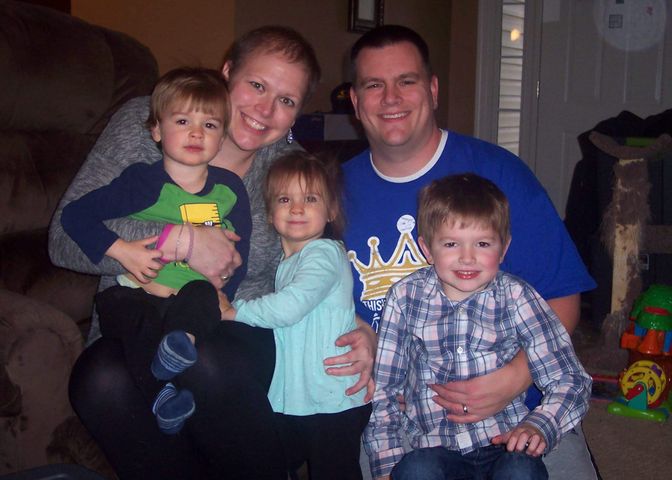 COLUMBIA - Jack and Katie Hanney know probably better than anyone else that life can throw curve-balls when least expected.

Two years ago they had twins, a boy and a girl they named Henry and Ellie. For a time, everything was going well. The Hanneys even moved into a new house in Columbia to make room for their bigger family, including their 8-year-old, Ben.

Then, the unexpected happened.

Doctors told her the news; her daughter Ellie had brain cancer.

It was an ependymoma, a type of brain cancer that affects, not only the brain, but the spinal cord and spinal fluid. What followed was multiple rounds of chemotherapy, two surgeries and, now, proton beam therapy which doesn’t penetrate the body as deeply as regular radiation.

“All I wanted to do was take that away from Ellie,” Katie Hanney said.

She said Ellie's treatments were hard on her husband and other children.

“I think that everyone was a little on edge, but I wasn't, because I knew she'd be all right."

Katie Hanney knew exactly what the treatments were like.

She was diagnosed with breast cancer right after she had the twins. She said that's helped her "tremendously."

"I think I can surely empathize with what she's doing," Katie Hanney said.

Katie Hanney was completely cured of her cancer before the family knew about Ellie’s diagnosis. Doctors were able to remove much of the tumor in Ellie’s brain with surgery, but she still has a long road ahead. She is currently in St. Louis, finishing up with months of radiation therapy, and about to move on to rehabilitation therapy.

The Hanneys now live a strained life. Jack Hanney stays at their new home with the boys, Ben and Henry, and works to provide an income for the family.

Katie Hanney has taken leave from her job as a kindergarten teacher to stay with Ellie in St. Louis, providing Ellie, not only with comfort and support, but with someone who truly knows what she’s going through.

With two bouts of cancer, a new home, a loss of income, and now more treatments for Ellie in St. Louis, the Hanneys are in a place where they don’t know the real costs of what they have gone through. Jack Hanney said they still haven’t gotten bills from all of the previous treatments, and don’t even know an estimate.

Jack Hanney is a professional in the field of healthcare, and says one of the biggest things standing in the family's way is a lack of doctors in St. Louis who are in their insurance network.

“Out of network” doctors don’t have the same obligations to insurance companies to keep out-of-pocket fees at the minimal amount, and often come with much higher deductibles.

This means the Hanneys could be faced with multiple thousands of dollars in medical fees by the end of Ellie’s treatments.

The Hanneys were never ones to ask for help. But that hasn’t stopped their friends, family, and other supporters from organizing efforts to help meet the their financial needs.

"We're kind of private people," Jack Hanney said. "We've been hesitant to ask for help a lot. But we know we have a solid community of friends and family."

One of Ellie’s aunts helped create a Gofundme page, with the original intent of raising only $20,000. Today, the page has raised more than $30,000.

Friends from the Hanney’s church also organized an event at Katfish Katy’s to help with medical costs. Hundreds of people, whether they knew the Hanneys or not, funneled in for more than four hours to donate more than $11,000 to the cause.

At the end of the event, the Veterans United Foundation also arrived to surprise the family with another donation of $25,000.

The Hanneys said they are shocked and humbled by the number of people who care about Ellie, and their family.

Jack Hanney said he and his wife are lucky to have friends who realize "it's not over until it's over."