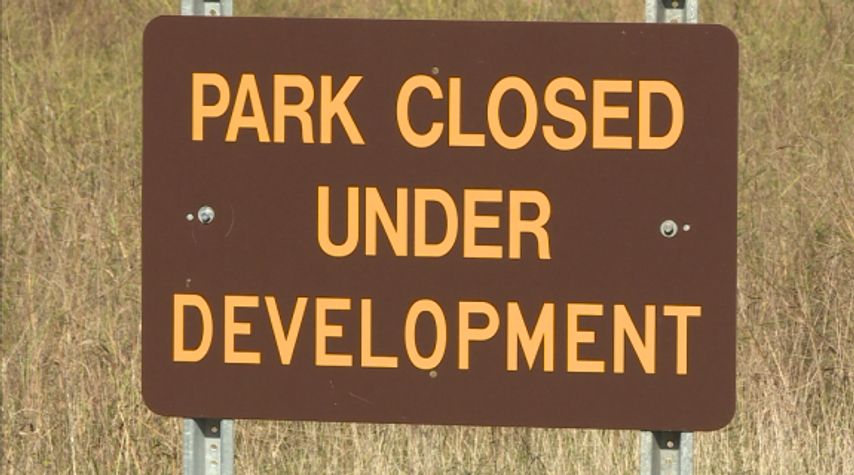 BRANSON - There is a business principle that says spending money makes money.

Missouri made a purchase on that principle ten years ago when it bought land to build four state parks.

The money spent on more than 9,300 acres came from a $56 million lawsuit. The state, led by then Attorney General Jay Nixon, sued the American Smelting and Refining Company, also known as ASARCO.

A federal judge in Texas ruled in favor of the state. Half of the money had to be used to clean up environmental damages caused by the lead company. The other half had to be spent on building new state parks.

John Robinson, a former state tourism director, said the parks across the state make a total of a billion dollars a year.

"Tourism is the marketing arm and we can prove that. For every dollar we put on the air, three dollars comes back to the state coffers in tax revenues," Robinson said.

This brings back that business principle. State representative Lyle Rowland said the state does not have money to spend on the development of the four parks.

"I don't see just spending a whole lot of money developing them, until we take care of what we already have," Rowland said.

The Missouri park system has around 91 state parks.

Governor Eric Greitens closed the state parks one by one between February and August. 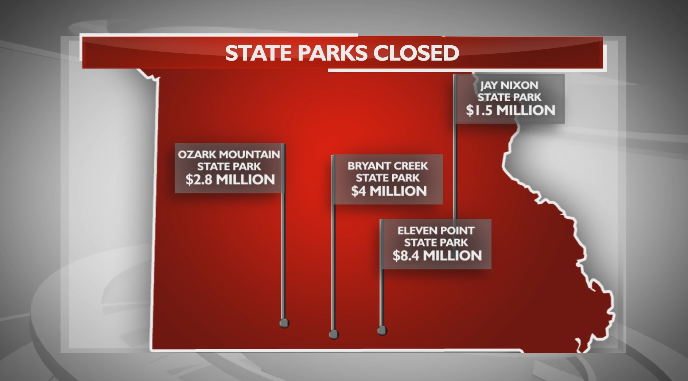 The future of the idle parks has now become political.

"I know there are a few who want to sell the parks to prove a point," Rowland said.

He speaking of other state representatives, which he does not entirely agree with.

Park lovers raised criticism the moment selling the parks was put on the table.

"It's just short sided to say that, to fill a one time budget problem, we're going to sell parcels of beautiful, pristine Ozark land," Robinson said.

Terry Ganey, a volunteer and lobbyist for the Sierra Club said, "It doesn't seem they have that much of a belief in the value of nature."

Bill Bryan, who was the parks director until Greitens fired him a year ago, said, "It's really a shame that, instead of celebrating the centennial of our state park system, we're talking about getting rid of our newest parks."

Bryan also said if keeping the parks came down to a lawsuit, he would get involved.

Ken Midkiff, a member of the Missouri Park's Association and Sierra Club, said the group already wrote a lawsuit, but has not filed it.

"There's no authority in state law to sell park land," he said.

One decision Ellis made was to have boots on the ground. Surveyors are identifying boundaries and noting their safety.

He said the state will host public meetings at all four state parks in December.

When it boils down to selling or developing, he said, the state of Missouri is looking at all options.

"It would be false to say we're leaning towards any one of those options," he said.

Until then, those interested in the future of the four state parks will have to wait.

Ellis said he hopes to have news by the first of 2018.