Gabbert and Smith Prepare for the Big Night 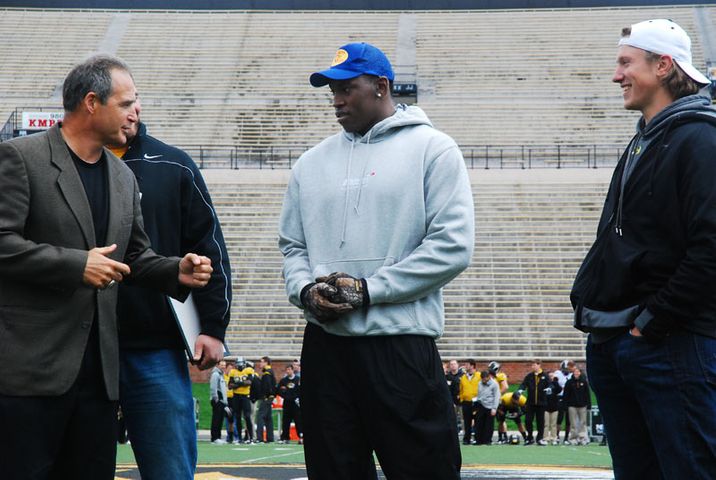 NEW YORK CITY - The wait is nearly over for NFL draft hopefuls, with the Draft on Thursday night in New York City. A pair of former Missouri Tigers are expected to hear their names called during the first round Thursday night.

Quarterback Blaine Gabbert and defensive end Aldon Smith are likely first round draft picks. They signed autographs Saturday in Chesterfield and are looking forward to the big night Thursday.

"Its going to be fun. Its kind of the end of this beginning process of going into the NFL. We definitely worked our tails off to be put into this position to have the opportunity to be drafted in the first round, and New York is going to be a blast, but we're going to go out and have some fun and be happy," Gabbert said.

"I agree with everything he said. We leave here on Tuesday, and we'll be down there for awhile and Thursday night will be a dream come true and we're looking forward to it," Smith said.

Continued Smith, "He's the superstar so he's going to go early. I'm going to be there a little while longer waiting to get my name called."

"It's just one of those deals. Any team in the draft could take a d-end like Aldon and there is a lot of teams that need quarterbacks. So there is kind of a wide range of selections we could go. I'm just going to wait, hang out and hopefully by midnight I'm going to be walking across the stage," Gabbert said.