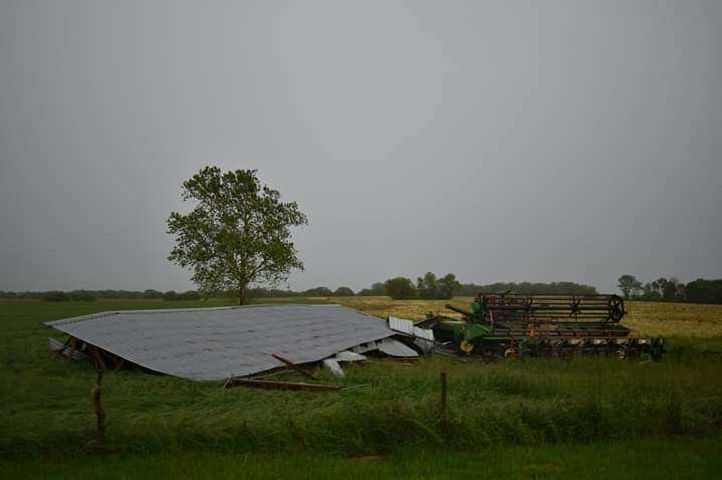 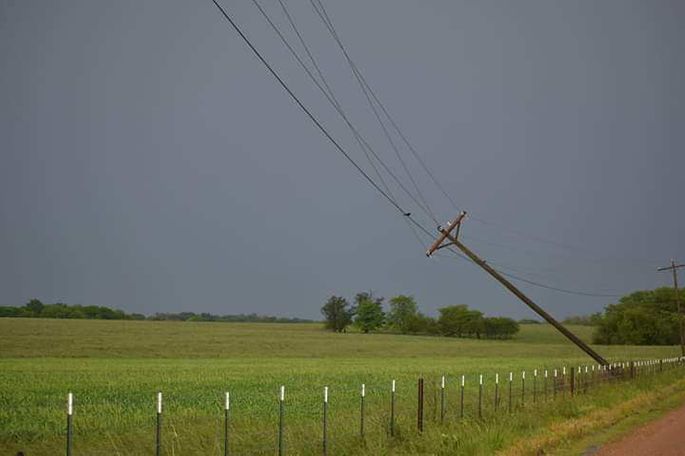 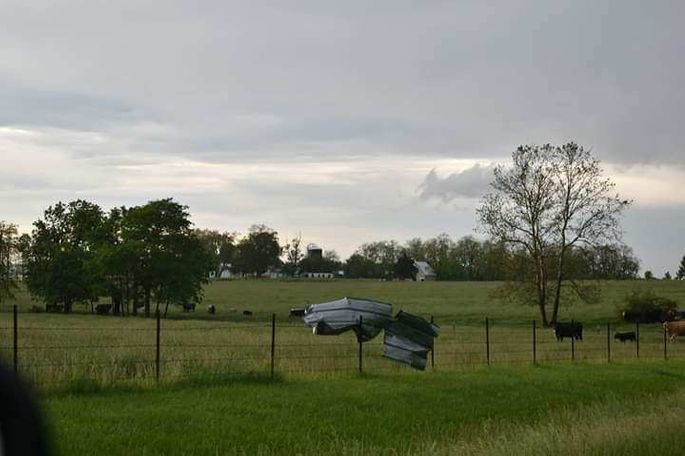 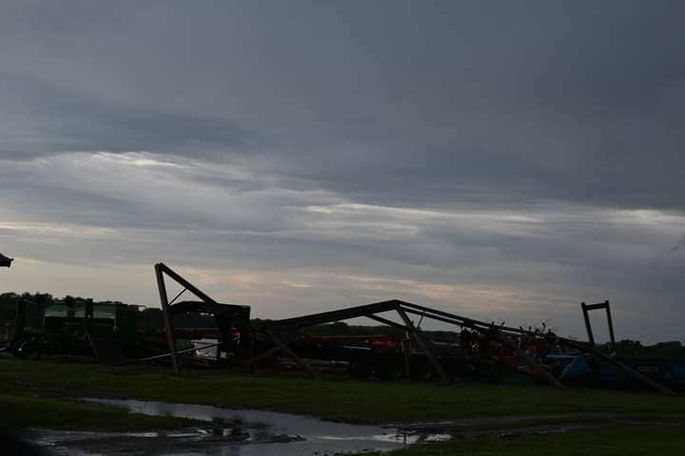 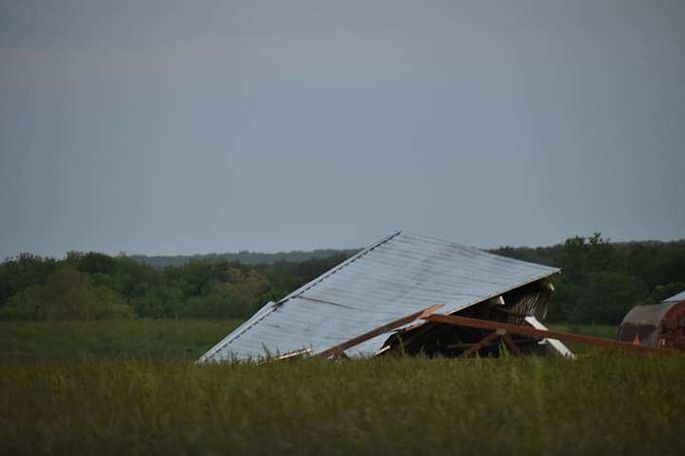 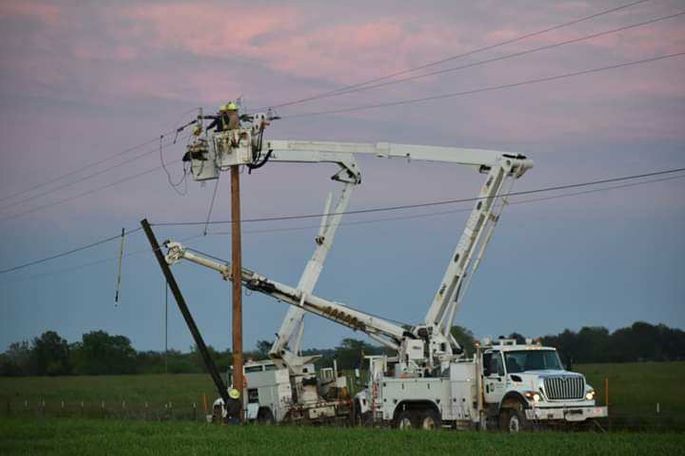 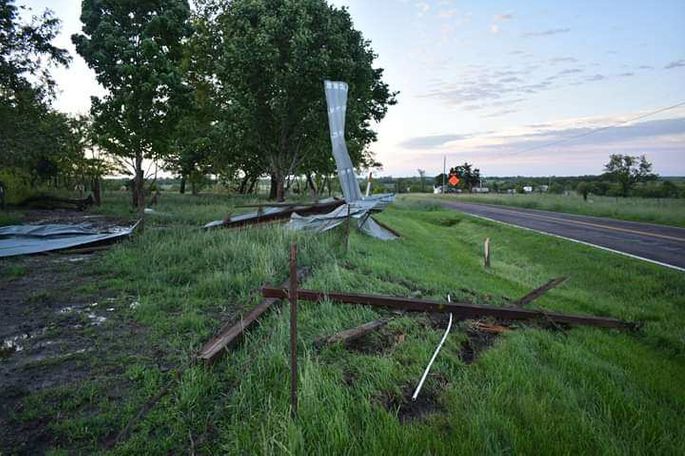 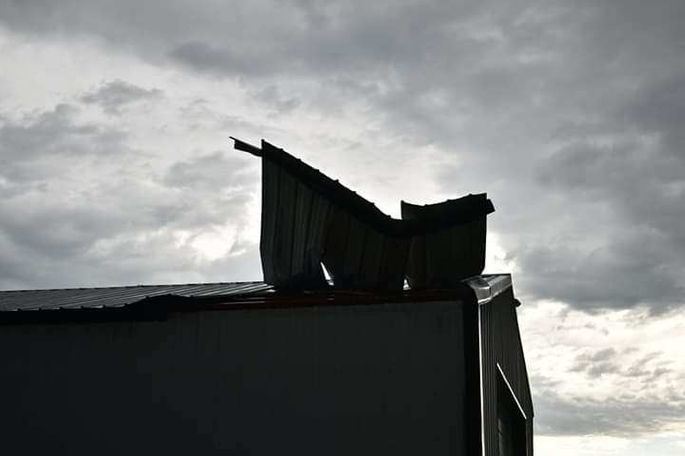 "Everything in a matter of minutes came through and the destruction was done." said property owner Virgil Schulte.

He started his morning repairing a fence that had been destroyed by flying scrap metal. It littered his pasture.

"There's some total destruction of some barns, there's sheet metal scattered everywhere through my pasture and lots of trees uprooted" he said.

Tornado watches had been issued throughout much of mid-Missouri when the storm came through.

"The way it looks it almost had to have some rotation in the storm instead of a straight line wind," he said.

Schulte said he talked to some neighbors who said they didn't hear any loud "tornado-type" noise and there are no tornado sirens out in the country to warn neighbors.

The damage brought many neighbors to come help with clean-up. The possibility of more bad weather had some people concerned.

Down the road, Stanley Blankenship was working on his own place.

"I'm really trying to fix this shed so the bails don't get wet," he said, looking at a large hole in the roof where sheet metal used to be.

Scraps from that shed blew into a pen and killed Blankenship's calf.

Many neighbors described the storm as quick but forceful. Two of the property's barns were completely blown away. The standing machinery sat exactly where it had been parked.

Blankenship's wife said she was home alone and not able to see past the rain outside of the window.

"It was almost funny when I looked out and saw all the equipment" Blankenship said. "There was supposed to be the shed around it!"