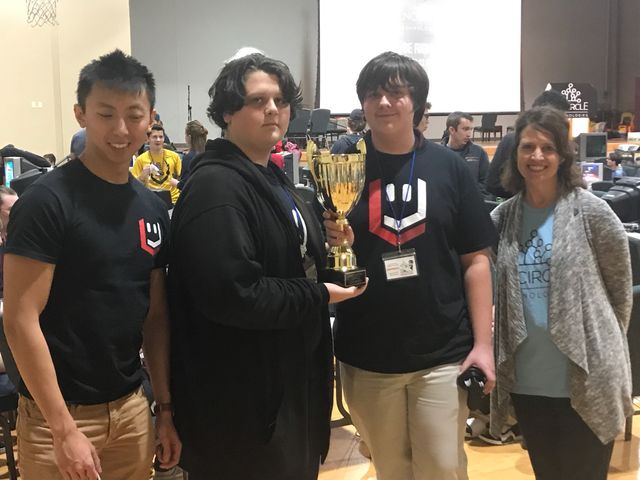 COLUMBIA- More than 130 people from across the United States came to Columbia to play Smash Brothers Melee and Smash 4.
"We have some of the top players here. We have the top player from Indiana, Missouri, Illinois and maybe Kansas," Encircle Co-Founder Teri Walden said.
Encircle Technologies had its 3rd annual video game competition. Each year, the competition has grown along with the prize pool. Players competed to win from a $3,000 prize pool.
There was a $10 entry fee for players. Proceeds from the competition will help the nonprofit provide tech training for people with autism.
"We do this because we are trying to raise money for our nonprofit Encircle Technologies," Walden said. "We train young adults with autism and other learning barriers for technology for jobs."

"It's grown a lot," Kent said. "This year we have about 135 (players), I think, and last year we had like 80. This year they were able to add more money to the pot bonuses thanks to all the great sponsors."

Player Steven Nguyen has volunteered and played in past competitions. He said it's great to see how much the competition has grown.
"It's crazy," Nguyen said. "I mean the skill level we have the players at, are much higher now."
Nguyen said in a past competition there were only 30 or 40 players.
"One to eight people were really good," Nguyen said. "But at this tournament even the top 32 players are really really good."
Nyguen said he's a mid-level player.
"I would be in the top 32 but I would not win the tournament," Nguyen said. "I'm just here to participate, have fun most of all but also try to see what I do amongst the really good players."
Nyguen said the best part of the competition of him is hanging out with his friends who he doesn't normally get to see.
"People hear all from Columbia, St. Louis, Indiana, Memphis, Chicago," Nyguen said. "We have people coming in to play games, and a game that I enjoy. That's my favorite part that MeLee Smash as a whole we have this community where everyone are friends."