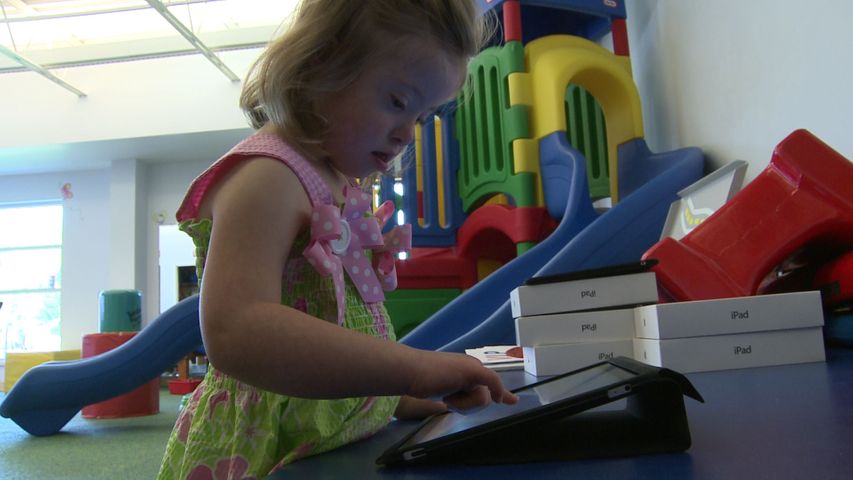 COLUMBIA - Black Friday sales were up for 2011, and among the most popular products were tablets and gaming consoles. According to Best Buy employees, many of the tablet purchases were for young kids.

Since the iPad was introduced in 2010, the tablet has been used as not only a business tool, but a toy for young children. Tablets, phones and computers are just some of the ways young children are staying more connected and stimulated, but one reasearcher at the University of Missouri says too many electronics can be bad for children's health and family dynamics.

In a study released this past October, Kelly Warzinik, extension associate in the College of Human Environmental Sciences says that the amount of electronics available to kids is limiting communication between family members.

Human development specialist Saralee Jamieson says the reliance on electronics also can be bad for the health of people of all ages. According to Jamieson, people who spend too much time on wireless devices are less likely to make healthy diet choices, and are less successful academically. She also says that leaving the TV on late at night can disrupt sleep patterns and cause chronic fatigue.

But some parents aren't worried. Corey Strawn says his son Lincoln has 7 different gaming systems, but that he limits the time spent on them each day.

Strawn said, "He maybe gets an hour, hour and a half to each day to play, but then we turn it off."