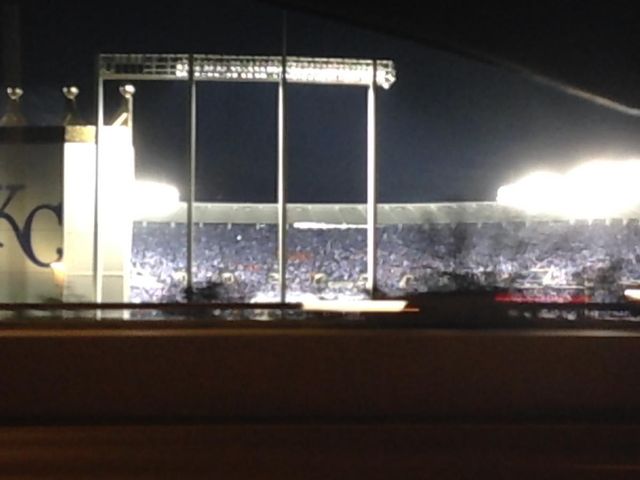 KANSAS CITY - With the World Series back at Kauffman Stadium for Game 6 and 7, fans took the opportunity to reflect on a previous big game in Kansas City.

"I was at the game," Michael Diamond said, referring to the 1985 World Series when the St. Louis Cardinals battled the Royals in Game 6.

Other fans were not as fortunate to be at the game but still remember where they were.

"I was in front of my television at home," Daren Moon said.

So what made that game so important that fans remember where they were when it happened? The answer, Don Denkinger.

It was in the ninth inning of Game 6 that Denkinger, the first base umpire, blew a call that should have been the first out in the bottom of the inning, but instead resulted in the Royals runner reaching base.

That got the ball rolling for the Royals, who went on to win with a hit to right field scoring the tying and winning runs.

Cardinals and Royals fans have bickered for 29 years about whether or not that call dictated who won the series.

"I think Denkinger should get to throw out the first pitch," Diamond said.

Royals fans are in consensus that the team in 1985 deserved to win and that the 2014 team deserves to win.

"I truly believe the Royals are going to show they belong and win," Moon said.

"They're here in Kansas City," Diamond said. "Loyal fans. We love them. They're working hard. Is there a harder working team in baseball? I don't think so."

Another fan said, "The Royals are destined to win."

Moon said with the "human factor" less likely these days because of instant replay, if a team is destined to win, it will happen.