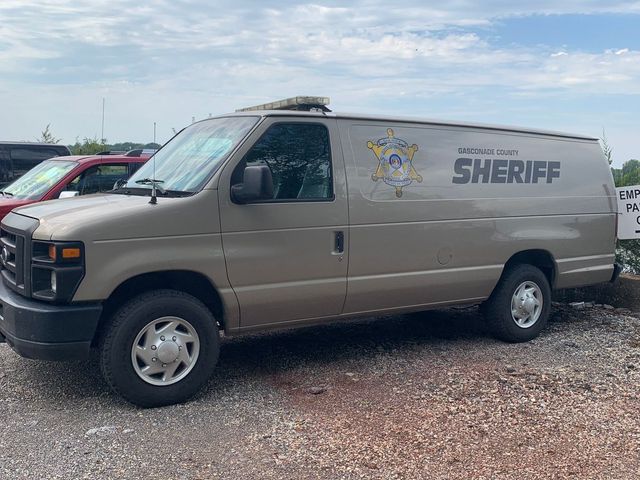 HERMANN – Power tools, fishing equipment, picture frames and trees are just a few of the things that have been stolen from people’s properties in Gasconade County recently.

“Basically anything that has any value they can trade,” Gasconade County Sheriff John Romanus said.

Romanus said there has been an increase in thefts but he stopped short of calling it a rash. Romanus said this is not just a Gasconade County issue but something authorities are seeing in Franklin County as well.

On Tuesday, some Gasconade County Sheriff’s deputies were investigating a property in connection to a theft case. They used a drone and piece of laser technology while looking for stolen items.

The technology was loaned to them by John Grady, who said he had property stolen from his non-profit wilderness retreat “A Thousand Ripples” three times while it was under construction this year.

“They first stole our solar panel system, then our generator.” Grady said. “Ransacked our trailer, came back, stole our staff trailer. They’ve stolen our shed, pretty much everything we had.”

Grady said he offered his assistance to the Sheriff’s office because he feels it is understaffed.

Sheriff Romanus said the Sheriff’s Office’s resources are stretched thin at times because of other obligations such as going to court, but said they do the best possible job with what they have.

“We are working well with our neighbors,” Sheriff Romanus said. “Trying to put pressure on the criminals, get them caught, and try to get them in jail. The downside is they don’t stay in jail. They get out and go right back to what they were doing.”

Romanus and Grady both said the key to moving forward is residents being more aware of their surroundings and reporting suspicious activity to authorities.

Grady plans to meet with his state representative on Thursday to push for more funding for the Gasconade County Sheriff’s Office.