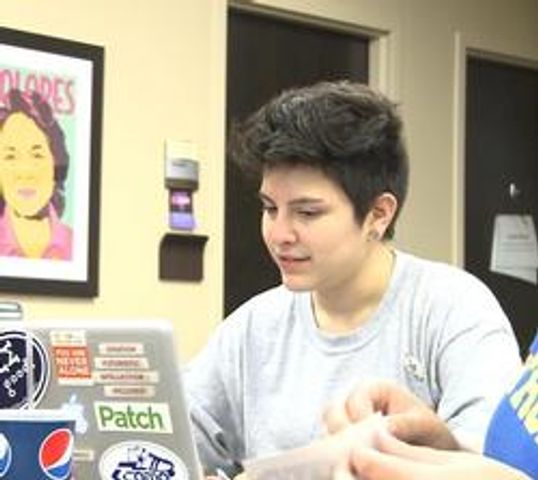 COLUMBIA - Mizzou is setting the stage for new Homecoming traditions this year. Laura "Josie" Herrera made top ten for MU Homecoming Royalty in the running for Homecoming King.

Herrera, a senior at MU, said she has always wanted to run for homecoming court. She was given the idea last semester by a friend and wasn't sure how it would work. "I didn't think it was an option, I just assumed I would run for queen," she said. Herrera identifies as genderqueer, which means she doesn't identify as just a woman or just a man. While she goes by Josie, she said she presents herself as more masculine and felt running for king was a good fit.

Over the summer Herrera was in contact with the homecoming steering committee and was pleased when she was given the green light. But knowing the traditions at MU, this wasn't something she took lightly. "I know I only represent myself, at the same time, in reality, I am representing a community," said Herrera. "It could be the Hispanic community, the queer community, it could be people who just don't identify in the gender binary."

Aly Friend, Homecoming Steering Committee advisor said this was another chance for MU to start traditions. "I think that's what is so great about Mizzou's homecoming, because it is so rooted in tradition that we have the ability to change that and grow and we do something different."

Herrera thinks this is a good step towards getting people of all backgrounds involved on campus. "I'm really hoping that people realize this is something they can do if they want to. Things aren't limited on our campus just because of one of their identities," said Herrera.

Friend said this is just another way MU can set the bar high and make more traditions. "We'll have a different top ten probably every year from now on," she said.

The full interview with Herrera is below.