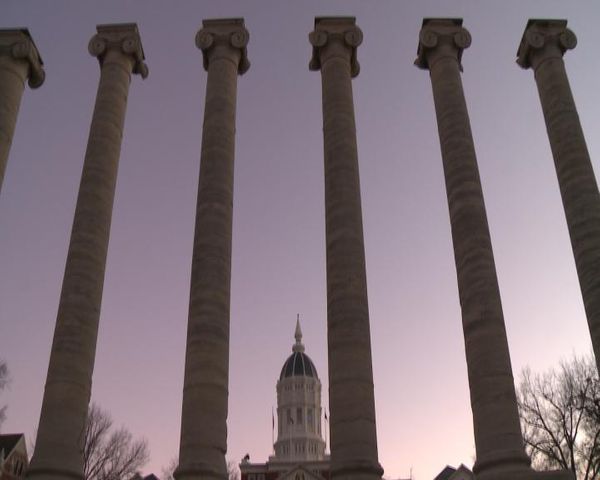 COLUMBIA - When it comes to celebrating Black History Month in Columbia, Traci Wilson-Kleekamp insists on telling stories many still feel uncomfortable about.

This year, former director of diversity and outreach in MU's School of Medicine and a family history researcher, wanted to share a story about the University of Missouri's history, which may be unknown to many.

She spent around a year tracing the lives and families of two men, Harrison Diggs and Horace Williams, who had close ties to MU and helped build the institution. Diggs served as a former slave of MU's third President William Wesley Hudson, and Williams worked as a janitor at the university for nearly half a century.

"They served the university first as slaves and then as employees, as service employees, as janitors," Wilson-Kleekamp said. "It's just very interesting that people of color can be so close to people so prominent, but be so invisible as we tell history."

Wilson-Kleekamp got intrigued by the stories of the two men after finding a small article in the University Missourian dated April 20, 1911. It described a presentation about the early days at MU. Among prominent names such as James S. Rollins and William Wesley Hudson, Wilson-Kleekamp spotted the names and pictures of the two former slaves, Diggs and Williams.

That set her on a chase to find more pieces of information about the families of the two men. Wilson-Kleekamp had to retrieve and research numerous records in many locations to find traces about them.

"Following Harrison, following him into the Civil War, looking at the records and seeing that he could write," Wilson-Kleekamp said. "Seeing that he contributed to the creation of the Second Baptist Church, that they worked to build a community, advocating for education for building a school, for building a church. This was their lives' work, and it goes unnoticed."

The historian found that Harrison Diggs married Sarah Elizabeth Lawrence and had 10 children. The Diggs family, she went on, was quite mobile and was not confined to the Columbia area. They spread out to Hannibal, Kansas City in Missouri and, outside of the state, in Iowa, Omaha and Chicago.

"Their children could not go to school here, so almost all their children left and went to other places," Wilson-Kleekamp said. "People were either pulled away or pushed away. They went to places where they could find work and a better life."

Through a bulk of newspaper articles, land deeds and marriage records, Wilson-Kleekamp found that Diggs' son Arthur left for Illinois, worked at the Chicago Art Institute and was part of the Black Chicago Renaissance, a cultural movement defined by the achievements of many black artists, writers and musicians, who gained national and international fame. Diggs' nephew became a pharmacist.

"His daughters were teachers and since the schools were segregated then, they couldn't teach here, but they did teach in many small towns throughout the state like Hannibal, Kansas City and Des Moines, Omaha," Wilson-Kleekamp said.

Diggs' story is just one of the many compelling stories of people who were the early pioneers and contributed to the MU campus.

Horace Williams is another notable figure, who was named the longest and the oldest serving employee at MU, at the time of his death.

He was born in slavery in Madison county, in Kentucky in 1850. He got to Columbia after his owner, professor William Shields, started teaching Latin at MU. Williams has served different roles while working for the university for 60 years. His first position was assistant to a professor of the Agricultural College, then he helped build the Agricultural College building. He served six presedints and worked as a special messenger and body servant for the seventh MU president, Samuel Laws, among others.

"We never talk about him, not a picture of him ever appears in a newspaper," Wilson-Kleekamp said.

An article in the MU Alumni Magazine in the University Archives writes "few men were as well acquinted with former students as Horace; and all the old students in visiting Columbia, enjoyed meeting him." The same piece said former MU presidents and Dean Walter Williams attended and spoke warm words of Horace at his funeral, "which was said to have been the largest funeral ever held in Columbia for a negro."

Although she did not look into his history very closely, to her surprise, Wilson-Kleekamp found that Williams' daughter remarried someone with ties to one of her family lines.

"It was very interesting to see how Horace and Harrison and Harrison's brothers and John Lange Sr. (father of John Lange Jr., who a manager for Blind Boone), how they worked together and built a community for themselves for the community after the Civil War," Wilson-Kleekamp said. "They worked very, very hard."

Diggs and other early pioneers also contributed to the establishment of Douglass High School, which was initially called the Cummings Academy. They were also trustees for the church and helped build the Second Baptist Church, which still stands today on 4th St. and Broadway.

Wilson-Kleekamp said she was surprise to find out that the father of Harrison Diggs' wife, Sarah Lawrence, gave her sister and her a patch of land, which the women, in turn, gave to the Second Baptist Church.

"They got land, not because the guys gave it, but they got land from the ladies," Wilson-Kleekamp said.

As she walks across campus now, Wilson-Kleekamp pick up on different statues and points out there is no monument that commemorates the institution's black people.

"We have a little, tiny, dinky Martin Luther King statue, which is embarrassing," Wilson-Kleekamp said. "I want something like the columns here for Horace and lots of other people of color who have given their lifetime working here."

MU spokesperson Christian Basi said there are no immediate plans to install statues or memorials on campus in honor of the university's African-American community. Responding to a request for archive records of the two former employees, the University Archives did not find any references to Harrison Diggs in its holdings but registered mentions of Horace Williams in old yearbooks and alumni magazines.

Wilson-Kleekamp wants the men to be remembered in a greater fashion, and celebrated for their efforts to build a community, where none existed.

"It's important when we look at history, to look at the whole picture and not take out the parts that we don't like because we feel uncomfortable with slavery," Wilson-Kleekamp said. "By not acknowledging it, we fail to understand how people were oppressed and how that changed their lives."

Wilson-Kleekamp now works in MU's Athletics Department, and she is still working on tracking Diggs and his family and recently heard from one of his descendents.

To follow her adventure, you can check her genealogy blog here.