General Assembly wraps up on eve of historic special session 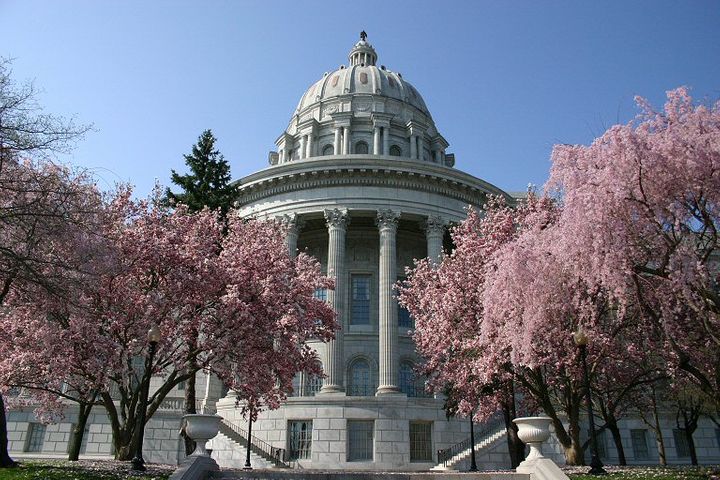 JEFFERSON CITY – Before they can begin their special session looking into scandals involving Gov. Eric Greitens, Missouri lawmakers much wrap up their regular business.

At 6:30 p.m. on Friday, the legislators will go into a special session, the first in the history of the state to be called by lawmakers and not the governor himself.

"The special session is limited solely to any resolutions regarding discipline of Governor Greitens," said Gina Mitten, D-St. Louis, a member of the House Special Investigative Committee.

During the special session, Mitten said, the work will mainly be focused on that committee.

"Our constitutional process is that disciplinary actions begin in the House, and depending on what that is, if it were to arise to impeachment, the Senate would then have the opportunity, or is required to pick seven eminent jurists, which would be circuit and appellate court judges," she said.

The special session can only last 30 days. During that time, Mitten said, she does not anticipate legislators would have to go to the floor every day, although they might take part in some technical sessions.

"My suspicion is that we probably won't have a full session unless or until some sort of disciplinary resolution or articles come out of the committee," she said.

Lawmakers have until 6:00 p.m. Friday to pass bills, and those not voted on by that deadline will die as the regular session comes to a close.

"It's been incredibly challenging, given the issues around the governor and still trying to do what the people sent us here to do," said House Minority Leader Rep. Gail McCann Beatty, D-Kansas City.

"We have been able to function very well, got a lot of issues covered. I am looking forward to the end of it though," he said.

Both lawmakers said it is hard to know what bills will get passed the last day of the session. They say they're happy with some of what's passed already.

"We did some good things as it related to the budget. The higher ed did not take the huge cuts that the governor recommended," Beatty said. "We were able to put some dollars back into the transportation for K-12, not as much as we needed to."

Beatty said lawmakers passed a bill she proposed to promote transparency in the state legislature, after the legislature discovered "tax payers' dollars were being spent on judgments and settlements, many of them related to sexual harassment issues, discrimination issues."

"I filled a bill that would require the attorney general to alert the legislature every time these judgments and settlements are paid out, so that the legislature can track those," she said.

Munzlinger said, because agriculture is the largest industry in the state, one the main accomplishments of the current session related to that area.

He said the measure, passed Thursday morning, classifies urban and community gardens as agricultural and horticultural property for the purpose of taxation, includes honey bees as livestock for the purposes of the state sales tax law, and repeals a yield tax on certain cuttings made on forest croplands, among other things.

"It's an omnibus bills, so it actually includes a lot of different issues," he said.

As for the upcoming 100th General Assembly to start in January, Beatty and Munzlinger have some bills in mind.

Beatty said, "I think we absolutely need to take a comprehensive look at ethics reform. If we've learned nothing else out of this session, and with this current governor, is a simple lobbyists-give ban is not enough. Our constituents have been telling us this for some time, and it's time for us to address that."

Munzlinger said, "I think there is a lot of tort reform issues that are hurting our business and industry here in Missouri. We've got transportation issues, we can't have economic development without good infrastructure, that infrastructure part of that is transportation, part of it is broadband."