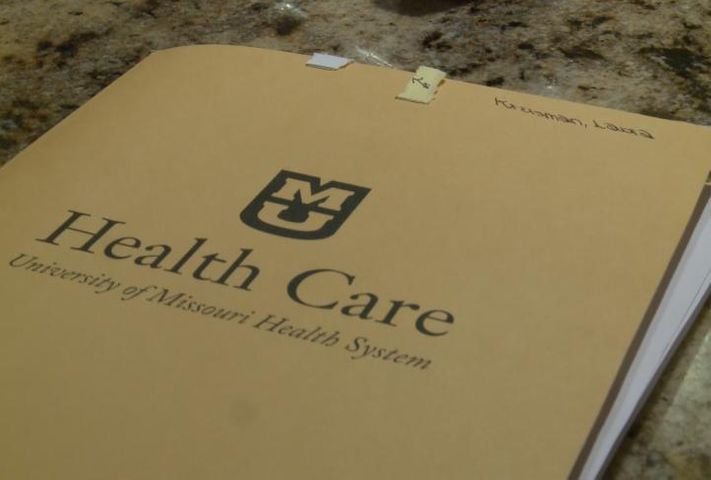 COLUMBIA - In the wake of actress Angelina Jolie's double mastectomy to stave off the risk of hereditary breast cancer, local physicians report patients are asking questions about getting genetic counseling to screen for the same trait.

According to the Ellis Fischel Cancer Center, almost 10 percent of cancer results from hereditary traits. But for those whose mothers had breast or ovarian cancer, the next step is a vital question.

For Laura Kreisman, that step was taking a genetic test to see if she carried the BRCA1 or BRCA2 genes. The two genes have been linked to a very high risk of hereditary breast and ovarian cancer. According to the National Cancer Institute, women with mutated BRCA1 or BRCA2 genes are five times more likely to be diagnosed with breast cancer.

Kreisman recalled the process she underwent in deciding to get a genetic test.

"It will be two years ago this September," Kreisman said. "And I had found out not long before that that my mother was gene-positive, and she also had a second diagnosis of breast cancer. So I decided that I at least wanted to explore my options."

Kreisman met with Stacey Miller, a certified genetic counselor at the Ellis Fischel Cancer Center. Miller has worked with patients and their families to understand the risks of inheriting specific cancers. Depending on what the patient chooses to do, Miller can present screening, treatment and prevention options.

"If people know they have these risks, they can take great measures with early screening, taking medicines and other preventative measures to actually stop the legacy of cancer that's tracking through their family," Miller said.

"I think to some extent, there's no way to avoid being nervous about what the test results are going to be," Kreisman said. "My sister had had the test and she was negative, and I just had this sneaking suspicion that mine was not going to be negative. I knew that once I knew, I would feel more pressure to make a decision sooner rather than later. So maybe I took a little bit of comfort in not knowing."

Kreisman ultimately decided to take the test this past fall. She was gene-positive. Kreisman opted to have a double-mastectomy in April.

"Basically, it's a very very personal decision," Kreisman said of her decision to choose a double-mastectomy. "Stacey was very clear about that from early on, that your genetics are a part of who you are. If I opted to do nothing at all, they would just do increased screening and watch me more carefully."

Miller also gave Kreisman the option of choosing a cancer-preventative drug, which would have brought its own side effects that Kreisman said were not appealing. While she called her surgery the most radical decision, she said it gave her the best chances of success.

"For me, I've had a tremendous amount of support from people who have told me how brave I was," Kreisman said. "But to be honest, I didn't feel brave at all. I just felt like I had this thing looming over my head, and I kept thinking, 'What if the next time I go in for a mammogram, they find it?' When it starts to feel like every time is going to be the one, it starts to become less of a choice."

Kreisman acknowledged the uniqueness of each person's decision whether or not to undergo a genetic test, but said knowing one's own genetics is ideal.

"Obviously, if there's nothing anyone can do about it, why would you want to know?" Kreisman said. "But what if there's other health risks you can eliminate? Then I can be here for my children and my grandchildren, so that's what I'm going to do."

Kreisman said the initial recovery from her surgery was painful, but two months after, she started to feel good again. As of June, she was back at work, running errands and playing with her kids.

"I'm not doing handstands yet, but I wasn't really doing much of those before," she joked.