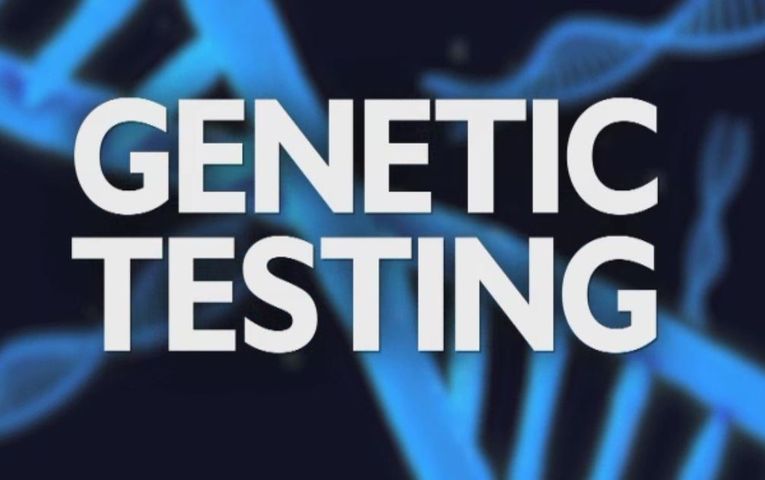 KOMU 8's Angie Bailey sits down with doctors and experts of genetic testing, and tells you what you need to know about at-home DNA kits.

COLUMBIA - 23andMe, a leader of at-home genetic testing, introduced the first over-the-counter breast cancer screening one year ago. Since then, there's been an ongoing debate about how useful the information from at-home tests is.
Fans of a home health test see it as a convenient, inexpensive way to give consumers direct access to information about their health history. For about $200, you're mailed a kit, spit into a vial, send it back to the company, then check online a few weeks later for results.
Critics say issues raised by over-the-counter genetic tests, like 23andMe, shouldn't be ignored.
Dr. Mark Vellek is a medical oncologist and hematologist at Missouri Cancer Associates. He warns against putting too much faith in over-the-counter tests.
"It doesn't test every patient correctly. And, you're missing a lot of other genes that could have an impact, they think, 'I'm negative, I don't have to do anything,'" Vellek said. "It gives them a false sense of security and really potentially put them in danger. It would miss a lot of the mutations we know about. There's more than 100 mutations for BRCA 1 and BRCA 2."
The Food and Drug Administration has cautioned consumers about over-the-counter genetic tests, warning, while they may provide some useful information, they are not meant to be a substitute for a comprehensive assessment from medical professionals.
Here is what you need to know about genetic testing if you're considering it.
DNA doesn't equal your destiny.
While a family history can contribute to the likelihood of you developing a disease, it's always caused by a mix of factors, including how healthy you are and the environment you live in. Your genetics is just one factor.
Medical professionals matter.
Tests your doctor order are far more comprehensive than those that can be bought over the counter. Doctors call for sequencing of entire genes and look for many variants that have been linked to a disease in question.
Dr. Mark Vellek says, "one of the things that revolutionized (genetic testing) is insurance is paying for it more easily. So the maximum out of pocket is about $250."
By comparison, 23andMe is between $170-$200 for the health and ancestry information.
Consider privacy protection.
The Genetic Information Nondiscrimination Act of 2008 prohibits employers or health insurance companies from using your genetic information to make decisions. But, that law does not apply to long-term-care insurance, disability insurance or life insurance. Your genetic information - like a risk of early-onset Alzheimer's, or breast cancer - can potentially be used against you.
So far, 23andMe is the only company to be FDA approved for its over-the-counter genetic health risk test. This means the FDA finds the 23andMe screening is accurate and easy for consumers to understand. Dr. Vellek pointed out, "FDA approved" does not mean "clinically useful."
23andMe relies on much simpler technology than tests you'd get at the doctor's office and offers no genetic counseling to help you understand the results.
A doctor will usually refer you to a genetic counselor.