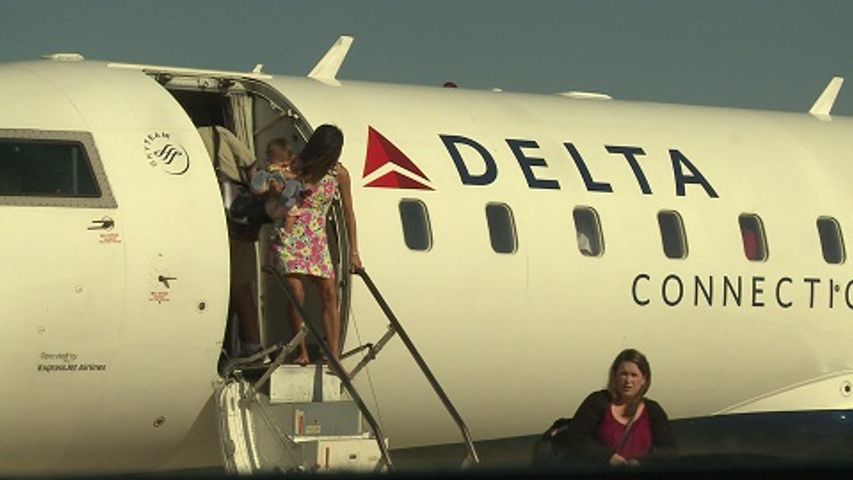 COLUMBIA - The football game is Saturday, but some Georgia fans were already arriving in Columbia Wednesday afternoon.

KOMU 8 News caught up with fans arriving on the 4:20 p.m. flight from Atlanta Hartsfield-Jackson to Columbia Regional Airport.

Craig McCoy grew up in Columbia but lives in Atlanta and closely follows the Georgia Bulldogs football team.

McCoy booked his flight to Columbia when the SEC schedules were released and says it has never been more convenient.

"It was the first direct flight straight into Columbia. Usually I have layover, but this was the first one, so it was good," said McCoy.

Lizette Snyder is a Georgia fan and Atlanta resident living in a house divided. Her husband is a Mizzou alum and the couple has family in Columbia.

"We usually fly through Kansas City or St. Louis because there were no direct flights," she said.

Snyder said her family used to fly to Columbia twice a year but said they will visit more frequently because of the new flights.