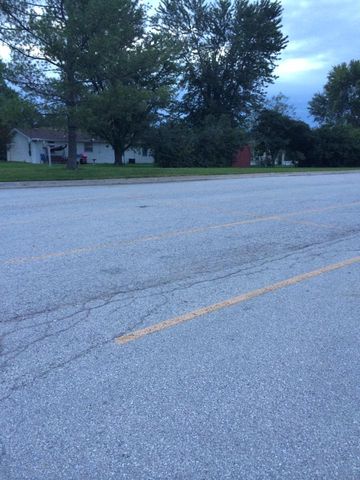 COLUMBIA - The Kroger Co. has made some amendments to its plan for a neighborhood gas station to be located at the West Broadway Gerbes location, but neighbors are still upset with the idea as a whole. Gerbes wants to build gas pumps in vacant space in the back of its parking lot. The lot backs up to several homes.

Last December, The Kroger Co.,which owns the Gerbes chain, sent letters to residents who would be affected by the pumps informing them of the plan. The neighbors were invited to attend the first meeting of many to discuss the plan. Mary Lou Wright was among them.

"We went to it, and most of the neighbors around here went too, and it was a rather heated exchange with [them]," she said.

After residents complained about the proximity of the station to their property, the city recommended the Kroger Co. amend its plan. The latest amendments were discussed in another letter sent to neighbors on September 5.

Mary Lou lives in the house on the corner that will be most affected by the pump and she said she thinks that even though they are making revisions to the plan, the pump station will still cause disruption in her daily life.

"That's our main concern, is the smell and the noise and the commotion," she said. "Here we are in our waning years, we like peace and quiet, but I'm sure it's going to happen no matter what we say."

Other residents expressed hope the gas station would help Gerbes in the long run, but they also voiced concern for the well being of their neighborhood.

Robert Harris has lived off Clinkscales by the proposed gas pump area for 10 years. He said if noise, traffic, and crime come with the pump station, it will disrupt the peace he's felt in this neighborhood for years.

The City of Columbia Planning and Zoning Commission will meet Thursday to discuss the new amendments and take a vote. If it passes, it will go to the city council for a final review. Neighbors are welcome to attend.

Gerbes spokeswoman Sheila Lowrie said the company wants to review the responses to the plan and take into consideration all the feedback.

"We will be seeking approval. That's part of the process, making sure the city staff and neighborhood is in line with the proposed changes so we can move forward," she said.