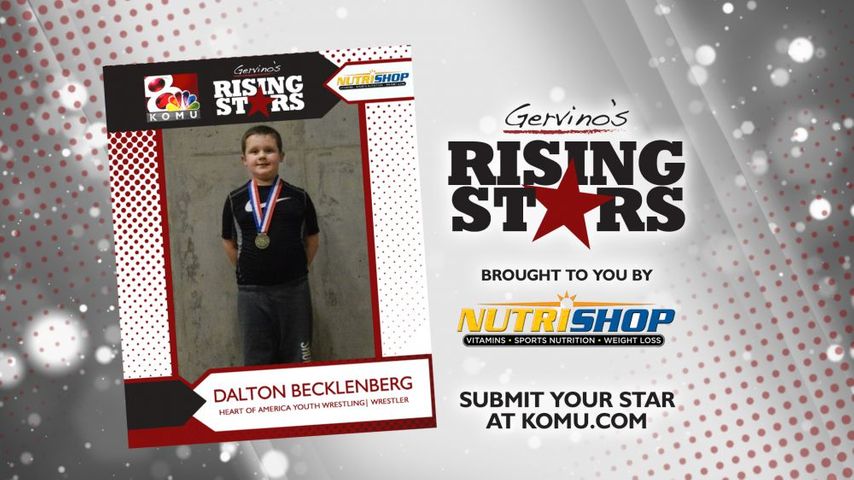 Dalton Becklenberg is our Gervino's Rising Star of the week! Dalton is 9 years old and he is a wrestler at the Heart of America Youth Wrestling team. Dalton has finished his second year of wrestling and first year of tournaments. He finished first at Missouri Rookie State along with first and second place finishes at other local wrestling tournaments around mid Missouri. Besides wrestling, our risng star from Fulton also loves baseball.