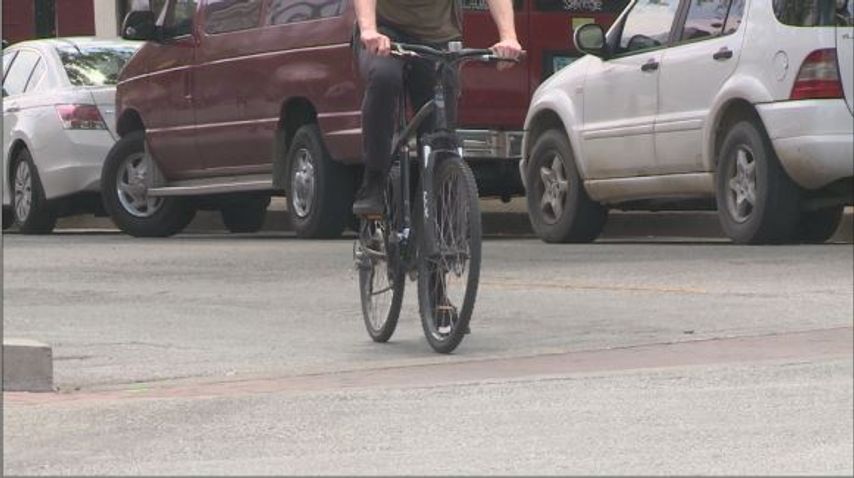 COLUMBIA - GetAbout Columbia kicked off Bike, Walk and Wheel Week on Sunday. The week long educational event is aimed at informing the community about safe practices for the various ways to get around the city. The events also aim to encourage people to consider more physically active methods of transportation.

Tuesday's event took place at MU. The outreach effort was geared toward international and off-campus students. Students got a free bicycle taillights for for being one of the first 100 to attend.

Matthew Schacht has lived in Columbia for a few years and said his bicycle is his sole method of transportation and that he has only seen a few cases of drivers and other cyclists not adhering to the rules.

"I've seen a few people on the road who were overly aggressive and kind of frightened me while I was on my bicycle," Schacht said. "For the most part, the people who are driving are very reasonable. They don't want to hit you. That would ruin their day."

However, not everyone sees education as the answer to improving conditions for pedestrians.

Pat Holt said she has lived in Columbia for 9 years and sees the source of pedestrian issues to be with infrastructural issues.

Events for the rest of the week include a bicycling licensing drive on Wednesday, and MKT Trial secret access ride on Thursday and free breakfast stations for bicyclists on Friday.