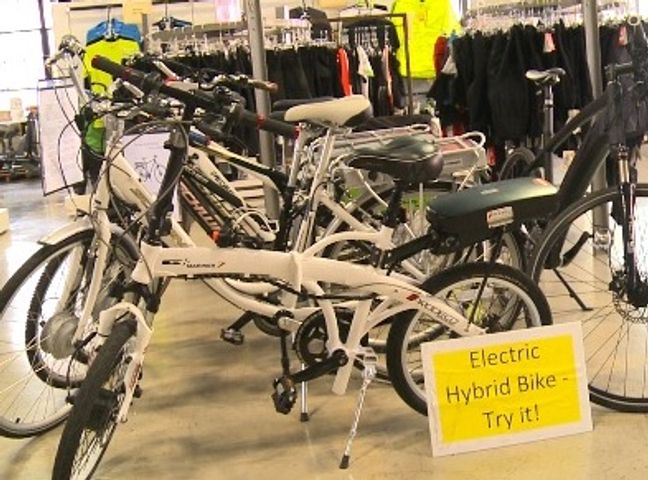 COLUMBIA - GetAbout Columbia will hold an event at the Activity and Recreation Center (ARC) Monday night starting at 7 p.m. for the public to come and learn about electric bicycles, or e-bikes.

Bike and Pedestrian Coordinator Ted Curtis said e-bikes are just like regular bicycles, but have an added battery, motor, and control system.

Curtis said Consumer Product Safety Commission define e-bikes as a bicycle, so they're sold in stores as a bicycle and built as a bicycle. No license is required to operate one.

E-bikes are limited to 20 mph and the electric part only assists in peddling.

"They can help people get started in biking, go up hills, and if you have knee problems or something like that it can help overcome physical limitations," said Curtis.

He said the goal of these events is to reach people who do not have the physical capability to take on biking.

"We're trying to overcome some of the barriers people have for using bikes as transportation," said Curtis.

E-bikes require a 3-4 hour charge, which will last 20 to 30 miles. He said the brakes should be replaced every 1 to 2 years, depending on how much the bike is used.

"An entry level e-bike will cost around 500 dollars, but they can get up to thousands," said Curtis.

Several e-bikes will be available for the public to try in the parking lot after a short presentation.

Curtis said he loves his e-bike. "Oh they're fun they're just a blast and I'm kind of a hardcore rider and I do recreational rides on a road bike and stuff like that, but my electric bike is just a fun one I ride around town."

The event is free to attend.