Gibson Climbing the Ladder with Help from Former Tigers 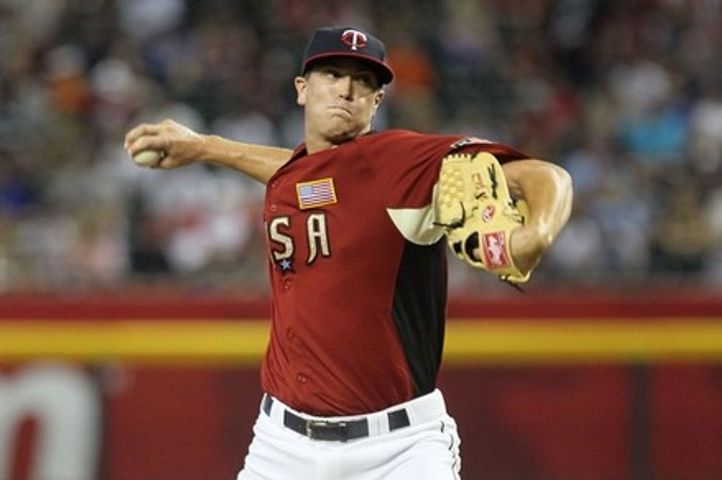 PHOENIX, AZ - Kyle Gibson was the third Missouri pitcher in a four year span to be selected in the first round of the Major League Baseball draft.

He says having former Tigers like Max Scherzer and Aaron Crow in the big leagues has helped him a lot.

"It's a great resource. It's easy to call Aaron up and go 'Hey Aaron, what's the difference in Double-A, Triple-A and the majors?'" Gibson said.

Gibson also looks to Crow for more than just the difference between Double-A and Triple-A.

"Whether it's something as easy as being a professional or acting a certain way around the locker room, or advice on the field, it's nice to have a guy that has been there and done that," he said.

While Gibson is one step away from the majors, he recognizes he still has some stuff to work on, including his fastball control.

"In Double-A and Triple-A, you are both kinda one call away from the big leagues as they say. It's hard to not think about that," he said.

"But my focus now is trying to really just think about Triple-A, to make sure each start out there focusing on what I need to work on. That way I don't get wrapped up in thinking 'wow, I'm at Triple-A, I'm at the Futures Game, I'm really close to the big leagues.'"

Gibson has a record of 3-7 with a 4.17 earned run average with Rochester this season.